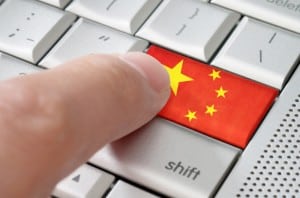 On Nov. 11, millions of Chinese consumers are expected to go online to shop during an event called the 11.11 Shopping Festival. To those in the West who have heard of it, this annual 24-hour sale, held on an unusual Chinese holiday called Singles Day and hosted by ecommerce giant Alibaba Group (my employer), is a source of curiosity if for no other reason than its sheer scale.

Think Cyber Monday or Black Friday are the world’s premier e-shopping binges? Not so much. In 2013, U.S. online shoppers spent a total of $3.64 billion on Thanksgiving, Black Friday and Cyber Monday, according to statistics from Internet analytics company comScore. During China’s biggest e-shopping day of the year, the Nov. 11 Shopping Festival, Alibaba Group websites Taobao Marketplace and Tmall.com processed more than $5.8 billion in sales. That’s roughly one-third more sales volume in a single 24-hour period than the three biggest U.S. shopping days combined.

That China can handily outdo the U.S. in an area of core American-consumer competency—spending money—provides an eye-opening example of the unique consumer culture that has developed in China.

This is a culture that is often misunderstood by Western companies wanting to do business there.

For one thing, online shopping in China is a much bigger deal than it is in the West, as 11.11 sales volumes show. Yet unlike their counterparts in more mature economies, China’s increasingly affluent consumers are fairly new to e-tail. More than half of the country’s Web shoppers made their first online purchase within the last four years. These newbies are hardly members of an exclusive club. At the start of 2014, some 300 million Chinese were participating in ecommerce, a group so large that if it were its own country, it would be the world’s fourth largest. Over the next several years, it is expected that this e-shopping nation will nearly double in size.

This fact alone is a compelling reason to get to know the idiosyncrasies of Chinese shopping behavior. Here are seven key differences between Chinese and Western consumers:

The feeling that shopping is an enjoyable pastime rather than a chore is much stronger among Chinese consumers than Americans or Brits, according to a report from research firm Millward Brown. Survey results found 68% of Chinese respondents said they were “happy or overjoyed” with their shopping experiences, compared with only 48% of American respondents and 41% of British respondents who said they felt the same way. Chinese shoppers are also more engaged than those from the U.S. or the U.K. when it comes to learning about products they are interested in purchasing, Millward Brown found.

They Are Natural Omnichannel Shoppers

While they enjoy an afternoon of casual window shopping as much as anyone, they value the brick-and-mortar retail experience less than consumers in the West, while they value e-retailing more. A survey of more than 15,000 global online shoppers recently released by PricewaterhouseCoopers (PwC) found that 75% of Chinese shop online weekly, compared with a global average of 21%.

Indeed, technology is integral to the shopping process, which frequently incorporates social media, smartphones, tablets and PCs in decision-making and buying. The country leads the world in mobile shopping: more than three out of four Chinese consumers said they have used a mobile phone to shop, compared with a global average of 43%, according to the PwC survey results. More significantly, one in four Chinese consumers say they shop with a mobile phone at least once a week. The global average: just 9%.

They Love a Bargain, But Price is No Longer Paramount

A few years ago, Chinese consumers usually cited cheaper prices as the main reason they shopped online. Today their reasons for choosing one channel over another are more nuanced. In a recent report released by Oracle, 82% of Chinese consumers surveyed said product availability is more of a priority than price, and nearly 100% said it was important that retailers adopt new technologies to improve their shopping experiences.

They Are More Demanding

Shoppers in the West almost take it for granted that the websites they patronize are trustworthy and the products they buy will be of good quality. This isn’t the case in China, where counterfeit, shoddy and unsafe goods are all too common, as are Internet fraudsters. China’s government has estimated that nearly one out of three people who regularly shop online have been duped by scam sites.

Unsurprisingly, Chinese consumers need more hand-holding and assurances during the shopping process. They are comparatively demanding, wanting far more information about products and vendors than shoppers elsewhere. Giant online marketplaces like Taobao Marketplace and Tmall.com have helped allay concerns by offering escrow-based e-payment as well as instant-messaging services that allow online shoppers to connect directly in real time with merchants so they can ask questions about sizing, shipping and other issues.

In fact, nearly nine out of 10 Chinese e-shoppers say it’s important that the service they receive online should be tailored by the retailer to their individual needs. This is very different from the behavior of consumers in the West, who are more accepting of a self-service, one-size-fits-all online shopping experience and who tend to contact merchants only when things go wrong.

Chinese consumers, probably more so than any others in the world, depend heavily on product recommendations from online reviewers. They pay careful attention to what their peers are saying on social networks when they shop. Peter Stein, global CEO of Razorfish, noted this key difference in a recent Forbes column, emphasizing that 75% of Chinese Internet users post online feedback on their purchases at least once a month, compared with less than 20% in the U.S.  “There are now more than 300 million people [in China] who move forward only with purchasing a product after getting consent from their peers via social media and ecommerce forums,” Stein wrote, making social media the “key pillar of all engagement for successful Chinese brands.”

In the West, the bulk of ecommerce is done on either websites established by traditional retailers (“clicks and bricks”) or on pure-play sites that carry their own inventory.  In China, about 90% of ecommerce is done in online marketplaces, vast collections of the virtual shops of thousands of independent merchants supported by third-party service providers such as parcel-delivery companies. Western retailers who try to apply home rules to the Chinese market by establishing their own stand-alone shopping sites often meet with disappointing sales results, because it’s difficult to attract shoppers through their virtual doors.

They Are Into Brands, But They Aren’t Very Loyal (Yet)

Affluent Chinese shoppers recognize and long for luxury brands as status symbols, as do many in the West. But when it comes to everyday purchases, their loyalties are up for grabs. The whole concept of brands is relatively new to China, so consumers haven’t built up a lifetime of affinity for famous labels.

This does not mean brands for everyday consumer items are unimportant. Management consultancy Bain & Co. says brand is a top purchasing consideration among Chinese for all kinds of products. According to Bain, while Chinese shoppers consider famous labels, they don’t necessarily think about any single brand when they make a purchase—leaving plenty of room for brand owners, both foreign and domestic, to cultivate stronger ties through effective marketing. Shopping patterns on Tmall.com, China’s largest shopping website for authentic branded goods, demonstrate that consumers especially seek out imported brands for several reasons including better quality, product safety, lack of domestic availability, and lower prices.

For reasons of language and culture, the China consumer market is seen as daunting.  But ultimately there are more similarities than dissimilarities. Chinese consumers want to feel special, just as American and European consumers do. They want to experience more of what the world has to offer through their product choices, and they want opportunities to be educated about products in a sophisticated way, something that the online retail environment is uniquely suited for.

While deep brand loyalties are not solidified, this process is underway.  With intelligent, diligent and culturally sensitive merchandising and marketing, companies everywhere still have a shot at becoming familiar brands in the country that is home to the biggest one-day spending binge on the planet.

This article was originally posted in 2014 and is frequently updated