In case you’ve been living under a rock, here’s the skinny on geofencing: it’s a WiFi/Bluetooth/telecom radius that will detect consumers’ smartphone or other device (more on that in a minute) once they are in range.

Why geofencing is flying under the radar 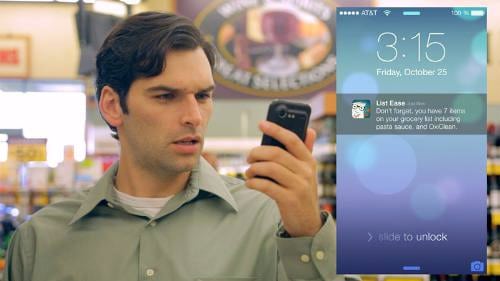 Of those retailers that have deployed geofencing, many are using it to push an offer to consumers. Sure, it’s just-in-time marketing. Yes, it’s location based and highly relevant. But why is this really interesting technology seemingly flying under the radar?

Because nobody cares about another way to push offers.

How great brands are breaking the cycle

As an offer platform, geofencing offers some value in luring a few more customers per day into your brick-and-mortar—but you’re not going to drastically change the game if you just use geofencing as a new-fangled fishing pole. Retailers have to think beyond the sale with geofencing.

One of the most successful uses of geofencing is the NFL’s 2014 Super Bowl Boulevard. Rather than pushing offers to participants, they simply tracked crowd movement to determine the most popular stations, foot-traffic patterns and time spent at each station. The NFL used real-time data to tailor the stations to participants’ preferences and create higher engagement. They didn’t just try to hook the participants; they simply gave participants what they wanted without asking.

Hollister Co.’s “flock-to-unlock” campaign took advantage of location-based, just-in-time marketing. When the number of store visitors that tweeted #InHollister reached 40,000, they unlocked a special offer. The campaign encouraged a common goal among Hollister Co. shoppers instead of simply pinging their phones every time they walked near the store.

Do something completely different

Digital retail channels are finally reaching critical mass, just like most digital technologies. Think back to 2006—your cellphone was super small, your online social network was limited to Facebook and you probably had a Hotmail account. The race was to make phones even smaller, make social networking not MySpace and make email…well, Hotmail hadn’t changed in a long time and wasn’t going to change any time soon.

Then came the iPhone. And Twitter and Pinterest and LinkedIn. And Gmail. They disrupted the norm (though they are now also reaching their own critical mass) and surprised users with something completely different. Geofencing strategies—and the retailers that use them—stand to be that disrupter. But to be truly different, retailers will need to think beyond the offer.

What are your thoughts on geofencing? How have you put it to use? What value do you hope to get out of it? Leave a comment below.

Steve Wellen is COO of Domo.