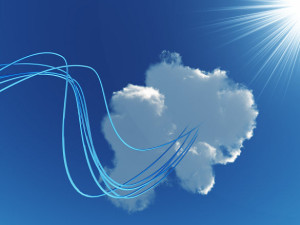 I was talking with a client recently about his company’s transition over the past three years to cloud processing for order management, warehouse management and POS. He is extremely pleased with the outcome and would never go back to on-premise software.

His company, a B2B and B2C multichannel merchant with $20 million in sales, has evolved from using one of the industry’s older OMS systems to a cloud platform which was a disaster, to one of the cloud-based leaders. Originally, their three cloud apps came from different providers until the OMS firm acquired the WMS system.

Telling you his first cloud-based provider was not effective does not diminish the value of the cloud – in fact, it shows you the strength. In subscription-based models you can move to other providers because you don’t have as much of a front-end investment. Every year we hear from companies that their new ecommerce, OMS or WMS systems don’t live up to the sales hype – whether installed or in the cloud. Fifty percent are not delivered on time and within budget.

More often than not, companies do not want to give up control of their IT. And to be perfectly fair, the right direction for many of them is to continue developing in-house systems rather than acquiring commercial off-the-shelf ones.

Over the past seven years we have implemented a number of cloud computing apps or services, including Salesforce.com, Hubspot, AppRiver and Constant Contact. All of our data storage for projects, pictures and drawings is on Box.com, while our Peachtree accounting software was replaced by QuickBooks in the cloud.

Knock on wood, we have had very few incidents where any system was not available, while the in-house systems kept a professional busy 75% of the time. What’s to miss about that cost and head ache?  While using tools that are common in many larger businesses, we aren’t trying to run transactional systems like OMS or WMS in the cloud.

The client went on to say that their company achieved these advantages:

I poked at him with typical questions from people investigating cloud-based systems for the first time:

There were a couple of, “If I could do these differently” points:

As a footnote, this guy grew up in the business 25 years ago, became the COO, earned an MBA in information services and now owns the company.

The more I think about it, cloud and SaaS are part of a long line of IT progression. We’ve gone from punch cards in 1960s to small NCR, IBM and Boroughs computers, to major mainframes in the 1970s and 1980s, to small, powerful standalone systems (e.g. PDP, IBM AS400) and to Windows with its nearly ubiquitous client/server architecture. Now we can subscribe to IT applications and services without a huge investment and be nimble.

As managers and owners consider the right IT strategy for their businesses, cloud-based systems are worth a closer look.