Given the growing importance of social media influencers in ecommerce, it’s surprising that more merchants and brands aren’t using them on Prime Day, based on results from a new survey from Revfluence.

The company, which has a network of 500,000 social media influencers, conducted a survey on Google from July 11 to July 12, with 272 respondents. They found that only 11% of influencers planned to work on behalf of brands during Prime Day and a half.

The survey also found that Instagram is far and away the social media platform of choice for influencers, cited by 89% of respondents, with YouTube far behind at 9%, blogs just 1% and Facebook at less than 1%.

While Prime Day is clearly growing in importance at year four, it was listed as the third most critical ecommerce holiday by social influencers in the survey, cited by 11% of respondents compared to 50% for Black Friday and 23% for Cyber Monday.

Here are some of the key findings from the Revfluence survey: 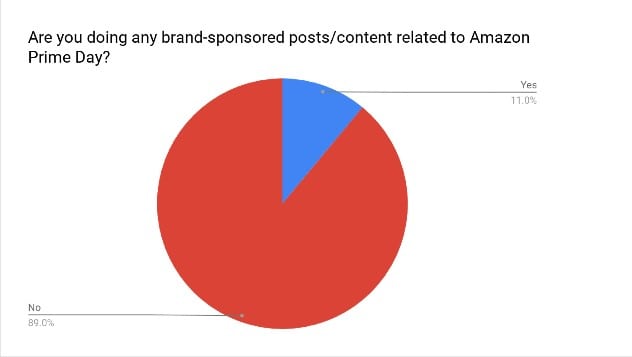 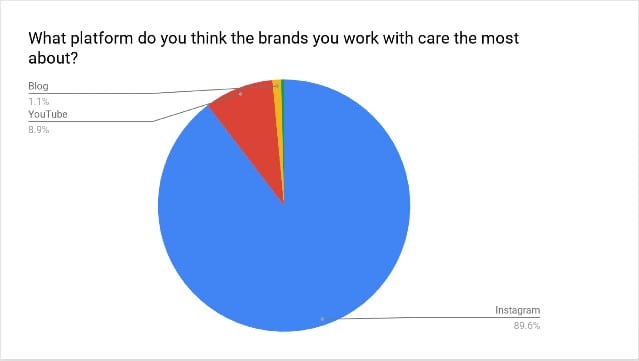 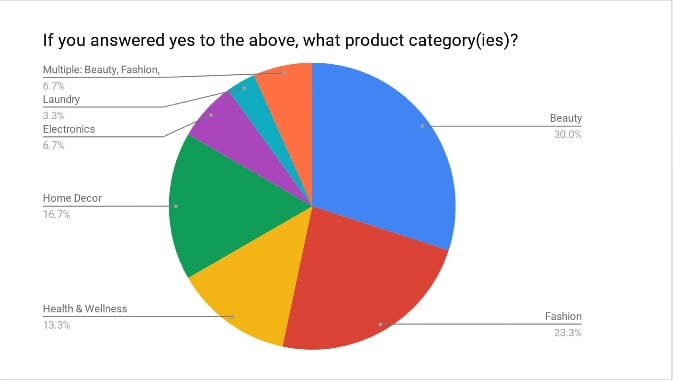 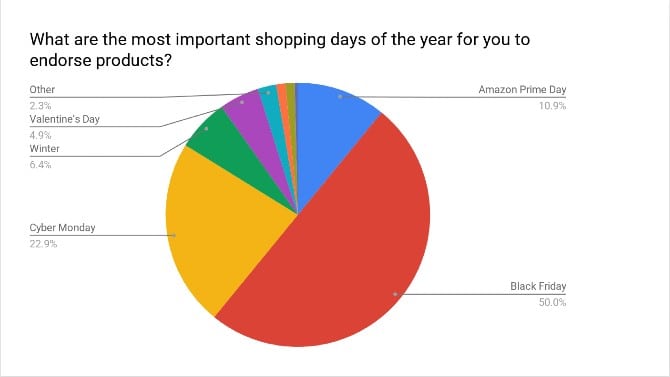