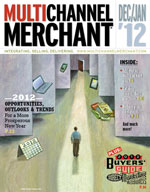 Trading links helps boost PageRank and rankings. Particularly if done on a massive scale with totally irrelevant sites, right? Umm, no. Reciprocal links are of dubious value: they are easy for an algorithm to catch and to discount.

Home page PageRank on a domain means something. As in: “I have a PageRank 6 site.” In actuality it means nothing. As I already stated, toolbar PageRank is misleading at best, completely bogus at worst. Furthermore, a high PageRank on one’s home page doesn’t necessarily equate to high PageRank on internal pages. That’s a function of the site’s internal linking structure.

Outsourcing link building to a far-away, hourly contractor with no knowledge of your business is a good link acquisition solution. The blogosphere is already clogged enough with useless, spammy comments in broken English from third-world link builders. No need to make it worse by hiring them to “promote” your site too.

Linking out (such as to Google.com) helps rankings. Unless perhaps you’re hoarding all your PageRank by not linking out at all — in which case, that just looks unnatural. It’s the other way around, i.e. getting links to your site — that’s what makes the difference.

Getting a link from a high PageRank domain will increase my PageRank and rankings. While this isn’t entirely untrue, as it will earn a level of “authority”…While the overall PageRank of a domain matters, the authority of the page you are getting a link from is more important, along with a whole range of other factors.

Your PageRank score, as reported by Google’s toolbar server, is highly correlated to your Google rankings. It would be naive to assume that the PageRank reported by the Toolbar Server is the same as what Google uses internally for their ranking algorithm. It doesn’t take many searches with SEOforFirefox running to see that low-PageRank URLs outrank high-PR ones all the time.

Google gives extra weight to links from a few certain, more trustworthy top-level domains (TLDs) — specifically .edu, .gov, and .mil. Matt Cutts went on record on the topic of .edu links inaninterviewwithme. In my view, it’s because .edus tend to be in pristine link neighborhoods that these links are so valuable.

You can keep all your PageRank/link juice by not linking out. Fact: While keeping most/all links internally can help increase the overall PageRank of a site, the way the original PageRank formula works forces every site to give out link juice whether it does so explicitly or not.

Google cannot detect artificial link schemes such as three-way links, viralinks, link wheels, blog link networks, etc. Natural link structures follow specific statistical distributions and so do artificial ones. Google and other search engines employ a small army of advanced mathematics PhDs, and they can – and do – identify artificial link schemes and usually penalize everyone involved.

That any agency can truly offer SEO without including some form of link building effort. There are many agencies (perhaps the majority) claiming to offer superior SEO, and do not engage in link building. With links thought to account for more than 50% of the algorithm, link building is crucial!

Stephan Spencer is author of Google Power Search, co-author of The Art of SEO, and founder of Netconcepts (acquired by Covario).