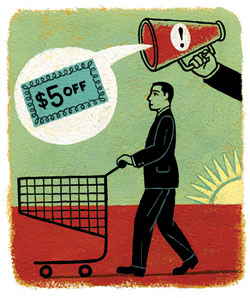 As with most financials these days, sales for holiday 2010 were pretty good if you compare them with 2009, and great if compared to 2008.

According to the National Retail Federation’s, preliminary stats for 2010 holiday sales, November and December sales rose 5.7%, to $462 billion, surpassing NRF’s forecast of 3.3%. That’s the best holiday sales gain since 2004 when sales rose 5.9%.

While consumers were a tad more motivated to buy than they had been in recent years, several factors no doubt suppressed holiday spending — namely the unemployment rate still hovering near 10% and the lingering housing market woes.

The reality is, this recession has changed shopping attitudes and habits considerably. Even though some consumers felt a little more confident about spending in 2010, they didn’t. The climate of austerity has made people realize they don’t need or want all that stuff they were acquiring, so they’re just not that interested in buying. 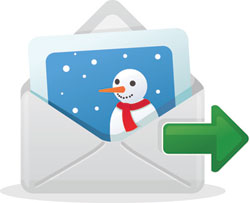 And the folks who are shopping want a bargain — and they expect to get one: They’ve been trained to wait for sales, discounts and special offers. Thanks to technology, consumers can seek out deals quickly. The mobile channel, for instance, makes it easy to compare prices and look for offers and coupons — why ever pay full price?

So retail will never be the same as it was pre-recession, and merchants will have to learn to accommodate today’s consumers. How can you get them to part with their hard-earned cash? Here’s a look at some of the lessons learned from holiday 2010.

Solving This Peak Holiday Season in the Last Mile

3 Ways to Prepare for BOPIS Fraud This Holiday Season