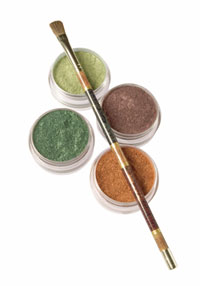 ONLINE RETAILER DISCOUNT BEAUTY CENTER already has in place a reactivation program that will no doubt help its emails receive favorable placement in inboxes, thanks to their relevancy and effectiveness. Working with email marketing services firm Listrak, Discount Beauty Center created a modified recency/frequency/product (RFP) model to reactivate customers who had not made a purchase in at least 30 days.

In addition to the offers, the emails included references to the types of items the customers had last bought. For instance, if a customer’s previous purchase had been a Ralph Lauren fragrance, the email’s messaging included links to Ralph Lauren products.

Discount Beauty Center sent a follow-up email to those who did not respond to the initial message. Although the subject line was tweaked, the message creative and the offer remained the same, which Kramer says kept the cost of redeployment to a minimum.

“What still amazes me,” says Kramer, was the response to the follow-up emails sent to those nonbuyers who had not responded to the initial offer. Among the coldest buyers, the clickthrough was 2.4%, with a conversion rate of 14.4% — a higher conversion rate than for the initial email to this group.

Discount Beauty Center is continuing with its RFP model on an ongoing, automated basis. “As soon as someone falls into one of these buckets, they will get an email autodeployed,” Kramer explains. “That’s the real ROI power from [RFP] automation.”

The other contributor to return on investment is that Discount Beauty Center doesn’t lose margin by offering discounts, or larger than necessary discounts, to customers who would have bought without the monetary incentive.

“A lot of the industry has been talking about relevancy, but it hasn’t given people a lot of practical insight into how to do it,” Kramer says. “We haven’t done a lot of models for it either.”

Segmenting customers by how recently they made a purchase and how big a spender they are or what they bought is one way to start.