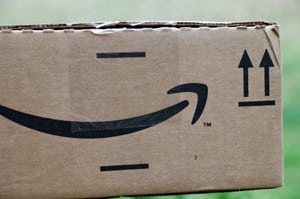 Amazon has announced that it will now offer Sunday deliveries to a number of customers in cities across the United Kingdom, and Amazon Prime members in the UK can now receive their packages on Sundays at no additional charge.

According to a press release, the fulfillment service will be available in London, Birmingham, Milton Keynes, Oxford, Nottingham, Manchester and Leeds. Amazon customers that select the One-Day Delivery option in these areas can also benefit from Sunday deliveries.

Amazon said that Amazon Logistics operates a number of delivery stations that act as hubs for deliveries in their local area,” according to the release.

According to the release, to participate, Amazon customers in those selected UK cities will be able to select the “Sunday delivery promise” at checkout in order to utilize the service.

In 2013, Amazon had announced that it was working with the U.S. Postal Service to deliver packages to Amazon Prime members on Sundays, starting in the Los Angeles and New York metropolitan areas.

Amazon and the U.S. Postal Service plan to roll out this service to a large portion of the U.S. population in 2014 including Dallas, Houston, New Orleans and Phoenix, to name a few.