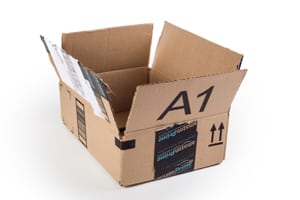 In a move aimed at expediting its promise of Sunday delivery via the U.S. Postal Service, Amazon has announced plans to open 15 specialized sortation centers this year, which gets packages to nearby USPS offices for last-mile service.

The move is also seen by experts as part of Amazon’s larger plans to own more of the distribution picture and compete with major carriers.

The new centers – eight of which are already in operation – will also allow subscribers to its Prime service to order an item as late as 11:59 p.m. and qualify for free two-day shipping. Normally, the order cutoff time for Prime members to qualify for the discount is 3 p.m.

Non-Prime customers in areas serviced by the sortation centers can get two-day service as late as 11:50 p.m. for rates starting at $1.99 per item, depending on size and weight.

“The sortation centers help us get closer to customers, so that we can have fastest delivery speed as well as deliver on Sundays, which is a big deal for us in the U.S.,” said Tom Szkutak, Amazon’s CFO, on a conference call with analysts to discuss the company’s Q2 results. “So we’re very pleased to be able to do that.”

Jerry Hempstead, president of Hempstead Consulting, said he believes Amazon will eventually open up as many as 50 sortation centers. Its aim, he said, is to have access to 7,000 post offices covering 85% of the U.S. population for local delivery, which would put it on par with the footprint of the major carriers’ express services. This would also help the company grow Amazon Fresh, its local grocery delivery service.

“They’ll be able to offer a deeply discounted (shipping) rate through bypassing the express services of FedEx, UPS and DHL and becoming their own zone skipper via the USPS,” Hempstead said. “That’s because with the sortation centers, Amazon can have packages inducted into the postal stream at a Destination Delivery Unit (DDU), the postal node closest to the customer.”

To illustrate how this works, Hempstead said to think about a parcel shipment from Seattle to Connecticut. Normally rated as a zone 8 delivery if sent directly, it can cost less than the zone 2 delivery rate by going the DDU route. “DDU is also the secret sauce that is making it possible for the USPS to offer Sunday delivery for Amazon,” he added.

While Amazon will still need the major carriers for a certain amount of their business, “in high density zones, I think Amazon is intent on doing its own sort, line haul and delivery to DDUs,” Hempstead said.

“Once they get this sortation system built out, I think it would make perfect sense for them to sell the service to retailers and catalogers, charging them a fee to get down to the DDU level,” he said. “They’re the ones with the volume and critical mass to make it happen.”

John Haber of consultancy Spend Management Experts agreed that part of Amazon’s game plan was to sell the DDU delivery as a service to merchants, as well as putting them closer to their own customers. Along with the company’s massive distribution network and footprint, he said it will allow Amazon to eventually compete head-to-head with the major carriers without operating a massive trucking fleet.

“It goes in line with their expansion into many other service offerings and could be yet another revenue stream,” Haber said. “It’s a compelling solution to help drive their business, getting them closer to a world where they’re controlling the flow of lots of goods and commerce. They touch everything.”