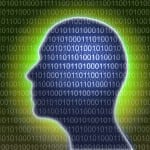 With recent high-profile data breaches and the growing need to deliver a unified and differentiated customer experience, retail CIOs agree that security and digital innovation are top priorities for 2015.

According to the 2015 National Retail Federation/Forrester Research Inc. Retail CIO Agenda 2015: Secure and Innovate report, managing data security is the most urgent focus area for retail CIOs, with 97% of surveyed business leaders placing it at the top of their 2015 priority lists.

With last year’s data breaches in mind, retail CIOs are acutely aware of their role in collaborating closely with their line of business colleagues to plan for and prevent threats to security by sophisticated cyber criminals. Forrester predicts that at least 60% of enterprises will discover a breach of sensitive data in 2015. As a result, strong corporate-level governance is second to data security when it comes to top focus areas this year, with 78% of retail CIOs noting it as one of their top five internal focus areas – up from 24% in 2014 and 20% in 2013.

“With the role of the CIO evolving further as a company’s strategic technology innovation leader, the complexity of the business challenges cannot be lost – from data security to new digital customer experiences,” said NRF Vice President of Retail Technologies Tom Litchford. “Our study findings provide insight into the enormous accountabilities placed on the IT leader’s role, which will help C-suite retail executives collaborate more innovatively as they respond to everything from security issues to staying in step with their customers’ needs.”

Almost a third of surveyed CIOs (30%) expect their budget to be flat for 2015, and just slightly more – 34% – expect a slight increase of less than 10%. With most retail CIOs working with flat to modest budget increases, they must choose their priorities wisely.

To win, serve and retain customers, retail CIOs are looking to deliver a seamless experience across touch points, citing omnichannel initiatives as the second of three key business priorities for IT, following data security. The survey found that 76% of those surveyed highlight integrating selling channels (e-commerce, mobile, social, catalog and stores) as the number two business priority for 2015, up from 61% in 2014 and 64% in 2013.

“Today’s retailers must manage an extended range of merchandise to woo customers who are spoiled by vast choices from online specialist retailers,” said Forrester Research Vice President and Principal Analyst George Lawrie. “They also must manage more vendors and merchandise across multiple channels, and support frequent price changes to compete with the automated pricing of Internet specialists.”