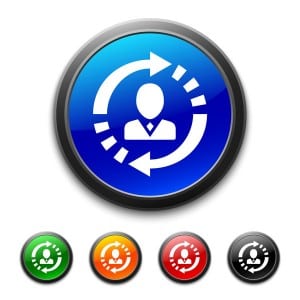 The consumer landscape has changed and not only do consumers expect a quick response, but also a thoughtful and informative dialogue, says Michael Moseman, director of the customer contact center at Brooks Brothers. And those can really only be captured through customer satisfaction scores and first-call resolution type metrics.

“Without a robust monitoring program, you run the risk of being very efficient, but perhaps not very effective in truly supporting your customer,” Moseman says.

So it should not come as a surprise that the most important contact center metrics, according to the MCM Outlook 2014 survey results, involve making customers happy.

An interesting aside – 51.4% or B2C respondents said customer service scores were the most important metric, as did 50% split of B2B respondents. It was those who said they had an even split of B2B and B2C customers (38.5%) that brought the overall number down.

“When agents feel pressured to end calls within a certain time limit, or pick up the phone as quickly as humanly possible,” wrote StellaService client development manager Chris Vodola in an article for MultichannelMerchant.com. “They’re putting more priority on putting out fires and less emphasis on actually getting to the root of the customer’s problem by doing proper research on the issue and potential solutions. It’s not always about speed – successful interactions fully resolve all of the customer’s questions. ”

Debra Ellis, founder of Wilson & Ellis Consulting, notes that those four metrics are not only gaining importance, but are closely related.

“Customer satisfaction and loyalty is directly tied to ease of service,” Ellis says. “First call resolution has the greatest effect on people’s willingness to return to a company and recommend it to others. This is good news for merchants because the solution that improves loyalty also reduces costs.”

Multichannel Merchant’s MCM Outlook 2014 survey was fielded from Feb. 10 to March 10, and drew 1,281 respondents. Of those respondents, 470 identified themselves as a merchant or a retailer.

The full MCM Outlook 2014 report on Operations and Fulfillment will be released in conjunction with Multichannel Merchant’s Operations Summit 2014, which will be held April 22 to 24 in Indianapolis.