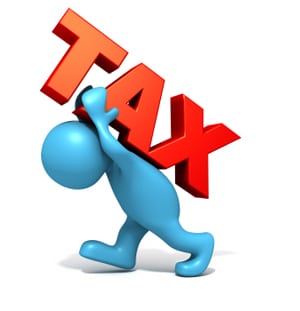 The True Simplification of Taxation (TruST) Coalition has written a letter to Senate Majority Leader Harry Reid and Senate Minority Leader Mitch McConnell urging the U.S. Senate to not attach the “controversial and flawed” Marketplace Fairness Act to the Internet Tax Freedom Act.

The bill would keep access to the Internet tax free by limiting the ability of state and local governments to impose Internet access taxes for 10 years, while giving states the ability to enforce their sales tax laws on businesses selling to consumers located within their borders.

If passed, the bill would give the states the right to pursue the collection of sales taxes on goods and services purchased via the Internet.

TruST said in a press release issued July 16 that it believes the combined Marketplace and Internet Tax Freedom Act does a severe disservice to both bills, threatening to stall ITFA and derail a productive House debate over the future of remote taxation.

“Earlier this week the House of Representatives approved a clean, noncontroversial ITFA renewal that would continue to protect Americans from unfair and discriminatory Internet taxes,” the letter states. “We urge the Senate to take up this measure, and allow the robust and productive House debate over the MFA to take place under normal order.”

TruST wrote that the MFA imposes “unfair and unnecessary burdens on catalog and Internet retailers and their customers” because it makes remote retailers responsible for compliance in more than 10,000 tax jurisdictions, and subjects them to potential audits from 46 states.

The letter also says that the Senate bill fails to provide “10 of the 12 minimum simplifications set forth” by the TruST  as baseline prerequisites for a fair remote taxation regime.

“These simplifications are vital to ensuring that compliance with thousands of new tax regimes does not put thousands of American companies out of business,” the letter states.

Last year, TruST commissioned an executive summary which debunks several of the actual cost of the MFA. The report, which was co-authored by industry consultants Larry Kavanagh and Al Bessin, states that mid-market online and catalog retailers with annual sales between $5 million and $50 million could end up spending anywhere between $80,000 to $290,000 in setup and integration costs for “free software” that would help businesses comply with the new act if it were to pass.

According to the study, every year after installation of the software, retailers could expect to spend anywhere between $57,500 to $260,000 on maintenance, updates, audits, and service fees by those software providers.

Kavanagh and Bessin, who are now partners with the marketing firm CohereOne, stated if the MFA were to pass, each retailer in the participating states would be offered “some kind of a free software solution” to help ease the burden of computing every sales tax. However, both men claimed it would be “impossible for retailers to integrate 46 different software schemes with their in-house systems” so the only real option for merchants is to use a certified software provider.

Ernie Schell, director of Marketing Systems Analysis, wrote in an email to Multichannel Merchant that TruST, was “making this more complex than it will probably be for most multichannel merchants.”

However, Schell added that the costs of implementing the MFA will not be trivial.

“But a shooting-in-the-dark guess is that most merchants will end up spending less than half of TruST’s dollar figures,” Schell said.

In a December article written for Multichannel Merchant, Jonathan Barsade, CEO of tax software provider Exactor, wrote that MFA opponents’ argument is “based on outdated technologies and ignores key developments that have occurred since the 1992 [Quill Corp. v. North Dakota] Supreme Court ruling.”

“Technology is now much more advanced and accessible,” Barsdale wrote. “Affordable software is available that can handle complex tax calculation and collection compliance tasks automatically, without slowing down transactions.”