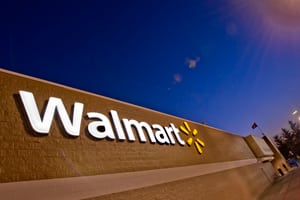 In an effort to expand its network and ecommerce operations, Walmart Canada announced that it will invest close to $500 million over the next 12 months and add an additional distribution center.

In a release issued on Feb. 4, Walmart said it plans to complete 35 supercenter projects from February 1, 2014 to January 31, 2015. The company also announced it will expand its distribution network “to support its growth and will continue to expand its e-commerce operation” at walmart.ca.

“The combined expansion is expected to generate more than 7,500 jobs over the next year, including construction jobs,” the release said.

The Walmart Canada store count is estimated to hit 395 by the end of January 2015, which will include 282 supercenters and 113 discount stores.

Michael Kehoe, a retail specialist based in Alberta, told the Herald that “[the] expansion announcement is a huge vote of confidence in the Canadian marketplace.”