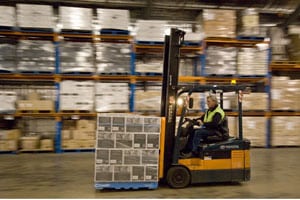 Here is a listing of recently announced expansions, additions and closures in retail distribution and fulfillment centers:

Midwest sporting goods companies Shock Doctor Sports and McDavid Inc. are merging as United Sports Brands and plan to build their headquarters and a 120,000-square-foot distribution center in Fountain Valley, CA in 2016.

Wayfair Inc. is expanding into a nearly 900,000-square-foot distribution center near the Cincinnati/Northern Kentucky International Airport.

Walmart has opened a new 450,000-square-foot distribution center in Mankato, MN. It has also opened a 1.2-million-square-foot ecommerce fulfillment center in Plainfield, IN.

Amazon has won an $11 million tax incentive package from Hays County and the city of San Marcos, TX, where it will build a distribution center that will create at least 350 jobs.