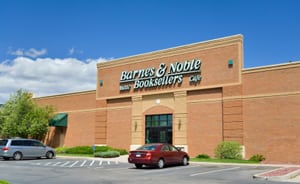 William Lynch has resigned from his post as Barnes & Noble CEO effective immediately, according to a release issued by the retailers. The company also said that a replacement has yet to be named.

According the release, several other “organizational changes” occurred at the company, including the appointment of Michael P. Huseby as the CEO of NOOK Media LLC and president of Barnes & Noble, and the promotion of Allen Lindstrom to Chief Financial Officer.

The book retailer has seen some financial difficulty as of late, according to a fiscal report issued last month: fourth quarter consolidated revenues decreased 7.4% to $1.3 billion as compared to the prior year.

The retailer also said last month that while it planned to continue to design e-reader devices it was planning stop making the Nook HD color tablets which were designed to compete against Amazon’s Kindle e-readers.

In the release, Barnes & Noble chairman Leonard Riggio said that the retailer was “in the process of reviewing its current strategic plan and will provide an update when appropriate.”