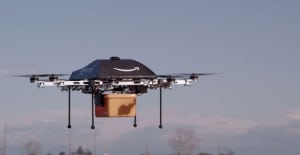 Less than a month after a previous conditional approval for Amazon to test its Prime Air drones – which was scuttled when the company complained the vehicle approved was obsolete due to the lengthy process – the Federal Aviation Administration again gave Amazon permission to test its unmanned aircraft system (UAS).

The temporary exemption to FAA regulations for Amazon’s drone testing expires on April 30, 2017.

The FAA posted a letter to its website spelling out the conditions of the approval. Among other things, the tests have to be conducted during daylight hours, can’t exceed 100 mph or altitudes higher than 400 feet, the pilot has to keep the drone in sight at all times, an additional observer must be used, and the drone must undergo a preflight inspection prior to every test.

Also, the drone can’t be operated within 5 nautical miles of an airport or near densely populated areas.

Some of the FAA’s 28 conditions – especially the line-of-sight requirement – could be significant barriers to successful commercial use of the drones for Prime Air.

In other news, Amazon continues to expand its Prime Now one-hour delivery service, rolling out new announcements on a regular basis. The latest city to get the Prime Now treatment is Austin, TX. This is in addition to service availability in Manhattan, parts of Brooklyn, Baltimore, Miami, Dallas and Atlanta.