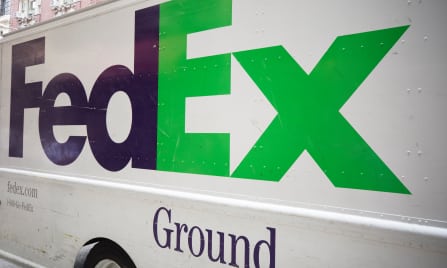 FedEx released its second quarter financials on Dec. 18, which showed a net income of $500 million, up 14% from last year’s $438 million.

According to FedEx, “Operating income and margin increased primarily due to yield and cost management at FedEx Express. Results also benefited from the favorable comparison to last year’s Sandy-impacted results, lower pension expense and a modest benefit from the voluntary employee severance program.”

While overall FedEx saw increases in the second quarter, according to the financials, FedEx Express saw a decrease in revenue this quarter from $6.86 billion to $6.84 billion, however, FedEx Express’ operating income shot up 42% in 2013 to $326 million to $230 million in 2012.

FedEx SmartPost averaged a daily volume increase of 9%, according to the release, which was due in large part “to growth in ecommerce.”