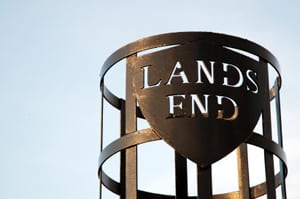 Sears Holdings Corp. announced its separation from its Lands’ End  clothing business, according to a press release. Lands’ End Inc., filed a registration statement with the Securities and Exchange Commission, Dec. 6.

The spin off is subject to approval by the Board of Directors of Sears Holdings.  At any time until the spin-off, Sears can decide to abandon the spin-off or modify or change the terms of the spin-off, according to the press release.

Sears Holdings Corp. said in October, it was considering separating Lands’ End and Sears Auto Center from the rest of the company.

Separating Lands’ End and Sears Auto Center would allow them to pursue their own strategic opportunities, optimize their capital structures, attract talent and allocate capital in a more focused manner while bringing the business unit life outside of the Sears Holdings Portfolio.

According to Reuters, the company which operates Sears department stores and Kmart discount store has been selling or spinning off assets and closing stores for past few years in an effort to turn around its business.  Sales have dropped since Eddie Lampert, chief executive officer, combined Sears and Kmart in an $11 billion deal in 2005.

Reuters reported that Sears is losing market share to Wal-Mart and Target and is facing increased competition from online retailers.