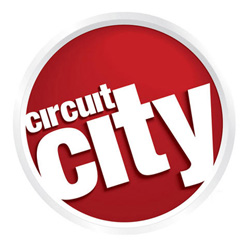 Computers manufacturer/marketer Systemax has won a bankruptcy auction for the e-commerce business and intellectual property of Circuit City Stores, according to a Reuters report.

The winning bid was not disclosed. But Systemax had submitted a $6.5 million bid and a percentage of sales for 30 months to Circuit City, which had filed for Chapter 11 bankruptcy in November 2008.

In Systemax’s first quarter financial results of May 12, chairman/CEO Richard Leeds noted that Systemax had last month entered into a “stalking horse” agreement related to the acquisition of Circuit City’s e-commerce business. “An auction commenced last night and concluded early this morning. Systemax’s revised bid was selected as the highest or otherwise best bid, subject to court approval.”

Other bidders were believed to include Gordon Brothers and Hilco Consumer Capital, which helped liquidate Circuit City’s stores and had formed a joint venture to acquire its brand and online operations, according to the Reuters report.

Officials for Streambank, an intellectual property consulting firm retained by Circuit City on the deal, said the transaction was subject to court approval today from the U.S. Bankruptcy Court in Richmond, VA.

Systemax had similarly acquired the brand, trademarks and e-commerce business of CompUSA in January 2008 in a $30 million deal also included some 16 former CompUSA storefronts. Systemax also sells its products through its TigerDirect stores, catalog and Website.

Port Washington, NY-based Systemax just reported a rather uneven first quarter. Its sales rose 4%, to $752 million, up from $725 million in the same period last year. But the company’s net income dropped more than 50%, to $8.7 million, compared to a net income of $18.1 million for the first quarter in 2008.