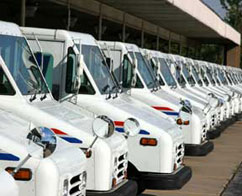 The U.S. Postal Service has invested $1.5 billion in its flats sequencing system (FSS) to improve efficiencies and control costs by automating the sorting of flat mail. The USPS believes the FSS will eventually enable it to sort flat mail in carrier walk sequence at speeds of 16,500 pieces per hour.

This means that carriers will no longer have to case flat mail: Large envelopes, magazines and catalogs will arrive in walk sequence order in the same way that letter mail arrives to carriers today, which will cut millions of work hours — and hundreds of millions of dollars — for the USPS.

But much of the news about FSS has been the slow implementation process. So where do we stand with FSS?

As of last month there were 75 FSS machines installed completely, with four additional FSS machines in various stages of installation, says Rosa Fulton, executive director of FSS for the USPS. Twenty-eight FSS are now operational.

The remaining 21 FSS machines will be installed by May. Once all the machines are operational in June, Fulton says, Phase 1 of the program—which accounts for about 30% of the total flat volume–will be complete. Phase 2 is another matter, however.

Due to the decline in flat mail volume and the financial condition of the Postal Service, it has not defined a Phase 2 FSS deployment plan, Fulton says. But automation has been the single-most important factor in service and productivity improvements, she says.

“The USPS is committed to sequencing flats beyond Phase 1 and opportunity exists to expand,” Fulton says. “We are researching next generation technology that would align with the flat volume predictions of the future.”

What’s more, the FSS system is so far working as the USPS had envisioned, she notes. “Route adjustments in FSS offices have eliminated full-time routes, casing equipment is being downsized to capture delivery space and delivery vehicles have been freed up for redeployment. FSS is eliminating costs by reducing carrier in-office time and improved transit time,” Fulton says.

Will that translate to lower pricing for mailers? Fulton says no specific FSS pricing has been developed or timeline defined at this point.

As for when will mailers be required to sort mail to FSS zones, the Optional Mail Preparation Standards for Flat-Sized Mail pieces in FSS Zones takes effect on Jan. 2. This optional FSS mail preparation opportunity provides the USPS and the mailing industry the ability to work through the process and gain an understanding of the issues, impacts and benefits, Fulton says.

“We will continue to work closely with the mailing industry in identifying issues and collectively working on resolutions,” she adds. “No specific date or timeline has been identified at this point beyond the optional period, or for requiring sorting to FSS zones.”

Customer Experience: Prepping for The Next Normal

Pursuing a DTC Model: The Pros and Cons

How Packaging Can Save Your Brand By Not Shipping Air