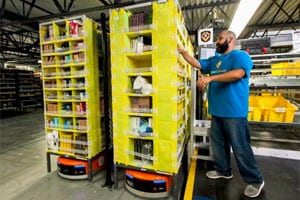 Amazon has taken another step in its march toward world dominance, as Bloomberg has reported that the company plans to create a global shipping and logistics operation. Code named “dragon boat,” and unofficially Global Supply Chain by Amazon, the network would control the massive flow of goods from China and India to the U.S.

While the company’s CFO said on its most recent earnings call it is only looking to augment the services of UPS and FedEx, especially during the Christmas holiday rush, many observers, including Bloomberg, think it’s a clear indication of an intention to muscle out the major carriers. The plan reportedly dates back to 2013, the year that about 1 million Amazon packages were delivered late due to carrier issues.

The move also has implications for the Alibaba Group, as Amazon battles the Chinese giant for a major piece of the global cross-border ecommerce market, estimated to reach $1 trillion by 2020.

As the news was breaking, major brands speaking at this week’s Global Ecommerce Leaders’ Forum in New York said Amazon’s lack of sharing data with sellers can make it a less attractive marketplace to do business with globally. They added, however, that Amazon’s massive footprint made it difficult to say no.

Here’s a look at this week’s other news, commentary and events that shaped the direct-to-customer world.