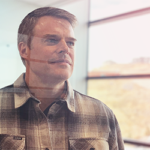 LEHI, Utah, Jan. 28, 2020 — Dsco, the distributed inventory network behind billions of dollars of online consumer purchases, today announced that Vance Checketts has been named Dsco’s Chief Executive Officer and appointed to the company’s Board of Directors. Founder Jeremy Hanks will remain focused on Dsco in his new full-time role as Executive Chairman.

Since joining Dsco as COO in August 2018, Checketts has overseen all operations and played a defining role in developing and executing the company’s strategy to address the accelerating demand for Dsco’s products and services. “Working closely with Jeremy and the team over the past eighteen months has been the perfect culmination of all my previous work experience,” said Checketts. “I couldn’t be more excited about our progress to date, and the expanding opportunities ahead of us.”

“Dsco was founded to bring modernity, standardization and a partnership mindset to the retail supply chain,” said Jeremy Hanks, Founder and Executive Chairman, Dsco. “Over the past eighteen months, Vance has done an exceptional job with our team helping us continue to exceed customer expectations in this time of hyper-growth. I am confident in Vance’s ability to lead the company as we continue to grow and disrupt the industry.”

In the past year, Dsco has achieved important milestones across key growth metrics, most recently tripling its peak season volume, year over year. In 2019, Kohl’s, REI, and other large enterprises joined Dsco’s list of storied retailers on the platform, which also include Nordstrom, Neiman Marcus, Finish Line, and Luxottica. The company has just released their industry-first list of top drop shipping brands.

Vance Checketts has over 25 years of experience in the technology sector, in both Silicon Valley and Silicon Slopes. He was previously VP & GM at Dell EMC, responsible for large teams in Utah and elsewhere. In addition to Dsco, Checketts serves on several community and industry boards, including Junior Achievement, STEM Action Center, Silicon Slopes, and Women Tech Council.