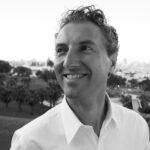 SAN FRANCISCO, Aug. 10, 2020 – Kindred has appointed its Chief Operating Officer Marin Tchakarov to CEO and President, following a year of robust growth and performance. Kindred, the artificial intelligence (AI) and robotics company that supports fulfillment operations for large global retailers like Gap Inc. and Carter’s Inc., has grown its AI-powered robotic system deployments and sales over 300% year-over-year under Tchakarov’s leadership.

“Marin has been guiding companies to and through high-velocity growth during his 25 years of leadership,” said Pierre Lamond, Chairman of the Board for Kindred and Partner at Eclipse Ventures. “He has a firm understanding of how to scale Kindred in order to seize our unique growth opportunities ahead.”

Tchakarov joined Kindred in June 2019. He has worked with the Kindred team and Board of Directors to deliver on the promise of industry cutting edge AI, machine learning and next-generation machine vision robotics systems to increase productivity in supply chain and order fulfillment organizations. In his previous roles as Chief Operating Officer and Chief Financial Officer at Kindred, Tchakarov oversaw the finance, administration and operations functions, and fostered a metrics-driven approach to systems and processes.

A seasoned technology executive of over 25 years, Marin has made valuable contributions to start-up, private and public companies such as KPMG, Oracle, Smart Modular Technologies, Second Life, Jawbone and Pebble. Within these organizations, he delivered on aggressive growth targets, led finance, administration and operations functions, and presided over successful capital market transactions, including initial public offerings and mergers & acquisitions. Marin is a licensed CPA with strong expertise in financial planning and analysis, SEC reporting, investor relations, and venture capital and public markets fundraising.

About Kindred
Kindred is a robotics and artificial intelligence (AI) company that develops robots to solve real-world problems. Its mission is to enhance the lives of human workers with the power of AI robotics. Kindred’s cutting-edge technology is the foundation of a number of proprietary platforms including AutoGrasp™, developed to operate robots autonomously in dynamic environments. Its team of scientists, engineers, and business operators have set a new standard for reinforcement learning for robots. The company is co-located in San Francisco and Toronto. For more information, visit www.kindred.ai.