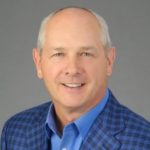 UserIQ, an innovative customer success platform helping businesses align around user needs, announced today that its board of directors has appointed industry veteran Tyler Winkler as CEO. Winkler was formerly the VP of Global Sales & Marketing at SecureWorks, where he played a key role in the company’s rapid growth leading up to its 2011 acquisition by Dell for $650 million and 2016 IPO.

UserIQ helps businesses realize the full value of customer success by equipping teams with the product analytics, customer insights, and user engagement tools to fight churn, grow the account, and align the entire business around users’ needs. The company recently raised $3.6 million in a funding round led by BIP Capital, which has participated in multiple funding rounds.

With customer experience predicted to overtake price and product as a key brand differentiator by 2020, the customer success industry is primed for growth. A report by the Temkin Group found that companies that earn $1 billion annually can expect to earn, on average, an additional $775 million within three years of investing in customer experience.

“The next evolution of customer success will involve helping companies orient their entire business around their customers’ needs and goals,” said Winkler. “I’m excited to be part of an innovative company like UserIQ with solutions that can help businesses truly adopt a customer success mindset so they in turn can be successful.”

“There are similarities between the early years of SecureWorks and UserIQ in terms of company size and sheer market potential, so we’re very pleased that Tyler is taking on the CEO role,” said Mark Buffington, BIP Capital CEO and a member of UserIQ’s board of directors. “Tyler’s executive leadership and proven track record of rapidly scaling technology companies will be a huge asset as UserIQ begins its next phase of growth.”

During his 15-year tenure at SecureWorks, Winkler was highly instrumental in growing the company from $800,000 in revenue to become the leader in global managed security services with revenue of $450 million in 2016. Winkler also led SecureWorks’ global expansion and large-scale restructuring following its acquisition by Dell, including the simultaneous enlargement of its sales operations, marketing, channel, and business development functions. He holds a bachelor’s degree in Business Administration, Management, from Towson University.

Earlier this year, UserIQ was named by Atlanta Inno as a Startup to Watch.

Headquartered in Atlanta, UserIQ was founded in 2014 to empower companies to center their business on customer success. UserIQ helps businesses realize the full value of customer success by equipping teams with the product analytics, customer insights, and user engagement tools needed to fight churn, grow their accounts, and align the entire business around users’ needs. G2 Crowd has consistently recognized UserIQ as a leader and high performer in customer success, as well as one of the top software products in Atlanta’s B2B tech industry.

10 Ecommerce Fulfillment Trends to Pursue in 2021