It’s no secret that marketers have smaller budgets to acquire or retain customers these days. According to a July study by the Association of National Advertisers, marketing budgets shrank an estimated 15.6% in 2009.

Another survey, conducted last year by research firm Winterberry Group, showed that catalog budgets dropped 55%, while noncatalog direct mail spends shrank 46%. Budgets for online display ads and mobile marketing both grew 50%, while search budgets rose 71% and e-mail budgets were up 72%. And for 2010, Winterberry projects an 8.6% rise in e-mail marketing spend to $1.4 billion.

For certain, marketers are taking away from their postal spend and putting it in other channels, says Joe Pych, president of direct marketing services provider NextMark. “You can say it’s a temporary thing for catalog mailers, but the growth looks to be in other marketing channels.”

It’s not just a matter of cutting costs. There are also fewer names available to rent.

For instance, Pych’s firm compiles a directory of data cards for list brokerages, and he’s noticed that the number of data cards on file dropped in 2009. Part of the reason is consolidation within the industry, though some merchants have also pulled their lists from the open market to keep them away from the competition.

And with a smaller pool of names, merchants have gone digital in search of names.

With digital in mind, co-op NextAction rebranded as DataLogix in November, though it kept its retail targeting product suite under the NextAction Direct label, and its digital ad network and data platform under the Affiniti Digital brand.

So for example, if a marketer is trying to find men aged 25 to 34 who drive a Volkswagen and play video games online, it can plant a cookie on the computers of those people whose IP address data matches that prospect’s profile.

Even if the customer doesn’t respond to the campaign by making a purchase, Rosa says the exposure to the message can be as important to the marketer as the actual click-through. “You may be able to reach that person with your message 15 times over a three-week period and cut through the clutter,” Rosa says. “It’s not always about driving a click-through, but about driving engagement.”

But merchants are still thinking in silos, Rosa says. “The e-commerce manager is doing one thing and the direct marketing manager is doing something else,” he says. “We have to get them in the room collaborating.”

If you know who buys from you offline, Rosa says they will respond to your messages online, “and it will help to keep your brand relevant.”

Tapping DRTV and the Web

If mailers are shying away from list rentals from brokerages and co-ops, how are they finding new customers? The Web, social media channels and, for some, direct response television.

Murad has not used list rentals or co-ops for prospecting for more than three years, says Casey Cochran, senior manager, print and customer retention for the skin, hair and body care products merchant. Murad now mails only to its house files, and relies entirely on the Internet and DRTV for prospecting and customer acquisition.

If a prospect responds via phone or Internet after seeing one of Murad’s two half-hour infomercials, “we know what it is they are interested in, what infomercial they saw, and what the demographic is,” Cochran says.

Murad’s two spots — one for its Resurgence anti-aging line, the other for its Acne Complex treatment — run simultaneously on multiple cable and broadcast networks. Not every inquiry will be a qualified lead, but Cochran says the long-form DRTV spots have had a better return on investment than renting vertical lists or names from a co-op.

“DRTV is the spoon that feeds all of print for us,” Cochran says. “So much of my business depends on it.” Murad’s direct business grew 11% in 2009, and a majority of that lift was attributed to DRTV, she says.

Television worked for Fairytale Brownies, too, but in a different way. The desserts merchant would see a spike in unique visitors to its Website — as well as catalog requests from the Web and contact center — whenever the Food Network re-aired an episode of Unwrapped that featured Fairytale Brownies. Most of those inquiries come from curious viewers who saw the three-minute segment and wanted to know more about Fairytale Brownies.

The segment “only tells the gist of our story,” says Kari Gayes, marketing coordinator for Fairytale Brownies’ catalog and Web team. “Maybe we would get more qualified leads with a long-form DRTV spot, but we do know when the episode of Unwrapped runs, because we see the spike.”

Fairytale Brownies has also had good luck finding qualified leads via Facebook and Twitter. “Our social channels are really growing,” says Gayes. “Initially, most of our Twitter followers were marketers, but now I am seeing prospects who are actually interested in us and could be qualified leads.”

Fairytale Brownies is also building awareness for its brand via Facebook Connect applications on its Facebook fan page. This allows the merchant’s fans to spread the word by inviting up to 12 Facebook friends to become fans of Fairytale Brownies.

“Social is booming — it’s become a media that is also impacting other channels,” says Chris Paradysz, president of list company ParadyszMatera. “The merchant is talking about brand, and it helps activate the relationship with the prospect. It’s a glue-like substance between multiple channels, and it’s becoming a critical communication vehicle.”

As much as Fairytale Brownies has embraced social and digital methods of customer acquisition, it’s using two to three of the co-ops for prospecting purposes. While it’s not using traditional list rents to prospect, “the co-ops are still a valuable source of names,” Gayes says. “They help us cut out all the prospects that break even.”

TUNING IN TO DRTV 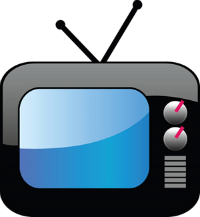 It might be — if you can afford it. Shari Altman, president of multichannel consultancy Altman Dedicated Direct, helps break down some of the costs.

The first part is the cost of the creative for development of the spot. Altman estimates this will run from $25,000 to $75,000. The price will depend on the production values needed, if it’s produced in the studio or on location, and the travel required to shoot testimonials.

Altman advises clients to plan on spending $50,000. That should also include developing versions for testing different offers and creative to determine what will resonate best with the intended audience.

You may need to be patient as well: “Rarely does someone hit it out of the park with their initial DRTV spot,” says Altman. Your initial focus should be on creating two-minute and one-minute spots. “The two-minute spot is likely to be your workhorse, but test both.”

Then there’s the cost to run the spot, which could range from $20,000 to $30,000 for two weeks of testing, Altman says. You will need to include enough stations and each of your offer versions to know if your spot has life.

Finally, you must consider DRTV’s impact on your contact center and Website. Don’t try it if you’re unable to keep your contact center adequately staffed around the clock, Altman warns, since long waiting times and requests to leave a voice message will turn a customer away.

You’ll also want to use a landing page to coincide with the DRTV segment to track which prospects came in via the spot.
— TP

How to Find and Talk to the Consumers You Need