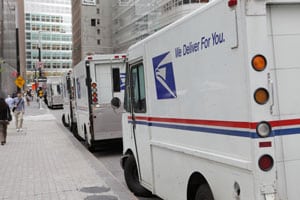 In order to gain a better perspective into the types of compromises and service changes the American public is willing to accept from the United States Postal Service, the Office of the Inspector General commissioned a small focus group to see where the public stood on funding, delivery locations, delivery days, and the overall future of the postal service.

The focus group report, which the USPS commissioned InfoTrends to conduct, included the opinions from 101 individuals from 67 different zip codes in rural, suburban, and urban areas throughout the U.S. The focus group, according to the report, was needed to gain further insight into a similar survey conducted a year ago and looked into what a sample population of Americans want and need from the USPS.

One of the first trends to emerge from this sampling was that most of Americans believed that the USPS received tax dollars for its operations. “Upon learning it is funded by its own revenue, participants lowered their service level expectations,” according to the summary report.

The USPS is facing a financial hardship as of late and delivery of physical mail is deteriorating. In fact, the Postal Service has said that mail volume has fallen from 213.1 billion pieces in 2006 to 160 billion in 2013. In order to cut costs, the USPS has been proposing several new cost saving measures including eliminating door-to-door delivery and moving to a five-day delivery system.

Regardless of which delivery days were to be eliminated, a vast majority of respondents said the six-day delivery was “a luxury that could be reduced if the Postal Service needs to cut costs to remain financially viable.”

Canada Post announced on Feb. 20 that 11 communities across the country would start receiving their mail through community mailboxes beginning this fall. This move is the first part of a five-year national initiative that could potentially save Canada Post $400 to $500 million a year. 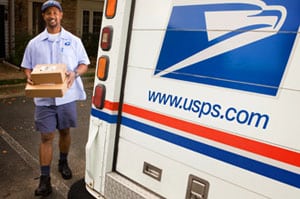 A proposal to end door-to-door delivery service in the U.S. was approved by the House Oversight and Government Reform Committee in a 22-17 vote in June 2013 and is still being debated in Washington.

The report found that moving the delivery location of mail “was a polarizing topic” since security of mail played a major role in those who lived in more rural areas of the country. Suburban residents said they preferred the convenience of door-to-door delivery, while other Americans viewed these community mailboxes, also known as cluster boxes, appealing since it could potentially avoid mail theft.

All concerns aside, the report found that “in the context of financial challenges that the Postal Service is facing and the need to cut back on components of the service, moving from a driveway or doorstep delivery to a cluster box was something that most participants would support.”

However, for those respondents who were adamant about continuing door-to-door delivery, they would be willing to continue the service by paying a subscription fee. For those willing to pay an annual fee, the potential price ranged from $10 to $100 per year.

In the conclusion of the focus group, respondents were asked what their reaction would be to “an extreme scenario” – if the postal service no longer existed within five years. According to the report, “this statement alone was met with uncomfortable reactions in many of the groups.”

According to the report, all but two of those surveyed said they would be negatively affected if the postal service ceased to exist. Ninety-nine participants cited “moderate to significant impact,” with only a few citing minimal impact “since they already conduct all communications online.”

If this scenario ever played out, according to the report, some participants said they believed that private companies would step in to offer the same or similar services, but at a higher price.

Overall, according to the research, “People seemed to sense that the Postal Service disappearing would be a bad thing, but they had trouble articulating more specifically how this would affect them personally.”

“There was a consensus that the Postal Service must carry on; however, the comments rarely provided for a concrete understanding of the specific ramifications to individuals’ lives if it did not,” according to the report.

According to the conclusion of the report, “Over the course of ten, two-hour, in-person discussions with 101 Americans across the country, we witnessed a shift in the mindset from a demand for services to remain the same to a willingness to adapt and compromise to preserve the Postal Service for the future.”

How Can Subscription Box Businesses Adapt to the Coronavirus Climate?

How to Deal with Coronavirus and Your Ecommerce Supply Chain

A 12-Step Process for an Ecommerce Fulfillment Center Assessment