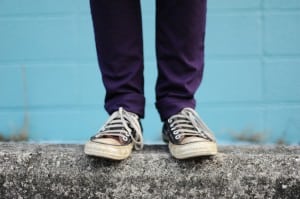 Some Fortune 500 companies are waking up to discover that millennials no longer care for their products. And unfortunately, some companies have also misdiagnosed why they are alienating this demographic.

Millennials are not averse to brand loyalty, as some executives have claimed. Rather, they make purchasing decisions based on beliefs and values, but they are at an age when attitudes shift frequently. They are undergoing major life changes such as finishing college, moving to a new city, starting a job, finding a spouse and building a family. These experiences change their values, and, consequently, their perspectives on all brands.

This is why banks have an abysmal rapport with millennials. A three-year study from Scratch, a subsidiary of Viacom, found that all four of the U.S.’s leading banks are among the ten least loved brands by millennials. 73% of millennials would be more excited about new financial services from Google, Amazon, Apple, PayPal and Square than their own nationwide bank.

The memory of the sub-prime mortgage crisis and banking industry’s role in the recession is etched in the millennial collective consciousness. News coverage of the crisis, films like Too Big to Fail and books such as Michael Lewis’s The Big Short have painted banks as criminal organizations that cannot be prosecuted. Their perceived values collide headlong with Millennial attitudes, which is why investment banks are attracting fewer graduates than they did before the recession, and the firms are hiking entry salaries by as much as 20% to win them back.

Although brands used to have tighter control over their public image, today, there is no hiding. Whether employees leak information on social media or researchers dig up a CEO’s political contribution record, our public dialogue is a magnet for controversy, scandals and revelations that will influence millennials’ views towards brands.

Millennials don’t necessarily ‘know’ what they believe, their attitudes change quickly and they can dig up tons of dirt about your brand. This also means that millennials are highly impressionable. If you were to advocate specific beliefs and values, you might not only sway Millennial opinions, but actually develop loyalty from the process. This is your best response to millennials who will show no love for your low prices, coupons and other conventional retail strategies.

The trouble with beliefs and values is that they are easier to have than they are to express. If Krispy Kreme made an announcement tomorrow claiming that corporation stands for healthy lifestyles, no one would buy it. However, brands can establish credible beliefs and values in three primary ways:

Follow the lead of brands that do more doing and less talking if you want millennials to understand your values. Intel, for instance, started two research projects to address water supply problems in California. They are examining irrigation and water mapping in the Sierras. The aim is to optimize water use and predict drought conditions so farmers can plan accordingly. While this doesn’t have any commercial value yet, the process will likely produce processes and technology with application in many industries. Today, this project is about using data to solve an existential threat – that’s inspiring to millennials.

When corporations disappoint customers, botch a product release or do something embarrassing, they typically try to sweep it under the rug. If you want to win over millennials, don’t bury mistakes (you can’t) – instead, own them and convert them into opportunities. Domino’s, the fast-food pizza chain, provides one of the best examples in recent history. After complaints that their pizza tasted like “cardboard,” Domino’s put all the negative customer comments into a commercial and then demonstrated how the company revamped its pizza in response. The campaign unveiled the moral character of the brand and also created a lot of buzz. After four years of declining revenue, they rallied in 2010 with 11.9% growth.

In 2011, a community space called Next Door opened up in Chicago. From the outside, it looks like a typical coffee shop and co-working space with meeting rooms, wooden tables and lots of whiteboards to soak up ideas. Visitors (including Crain’s, Chicago’s top business magazine) are always shocked to discover that it’s actually owned by State Farm and offers free financial coaching, workshops and events. It has practically become a free startup accelerator. Although the operation is technically focused on researching people, Next Door surprises visitors and builds serious loyalty. While most insurers have a reputation for being distant and unhelpful, Next Door flips the stereotype on its head with an inclusive and supportive community. millennials love Next Door.

Your millennials aren’t loyal because your brands has failed to hold, express and act upon values that they respect. Their promiscuity doesn’t reflect an inability to be loyal, but rather signals corporate America’s failure to understand that millennials care more about who they buy from than what it costs. Companies that fail to demonstrate innovation, entrepreneurship and social responsibility will not get loyal millennials. Do something inspiring, take responsibility and surprise people to revamp your image with millennials.