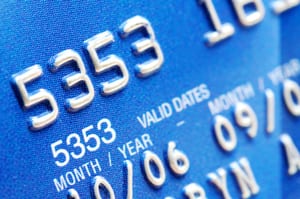 The National Retail Federation, along with 20 other retailers, have asked a federal judge to reject a proposed settlement over credit card swipe fees alleging  it is an “evil” price fixing practice conducted by Visa and MasterCard.

According to an article in Bloomberg Businessweek, Visa, MasterCard and other card companies agreed in July to settle a lawsuit brought by retailers that claimed card issuers conspired to fix the fees they charge stores for accepting credit cards.

The NRF states in court documents that the average swipe fee is currently about 2%, which is the percentage of the transaction taken by banks each time a consumer swipes a credit card to pay for a purchase. According to the NRF, it totals about $30 billion a year in the United States alone. The proposed settlement was for $7.2 billion.

While Visa, Bloomberg Businessweek said, called the settlement a “fair and reasonable compromise” the NRF rejected the settlement because it includes a clause that banned retailers from filing future lawsuits over swipe fees.

In a statement issued by the NRF, senior vice president and general counsel Mallory Duncan said the settlement “fails to address the price fixing that harms merchants and their customers, it takes away retailers’ legal rights to ever try again, and it offers virtually nothing in return. It should be tossed out of court as the failure that it is.”

“The settlement fails to address the core evil that motivated this class action and that continues to plague the industry: the outsized economic power of and the manipulation of interchange rates by Visa, MasterCard and their constituent banks,” court papers filed by the NRF said.