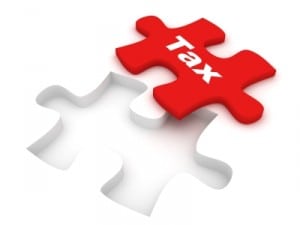 For more than a decade, federal and state lawmakers have attempted to craft legislation to regulate the collection of sales tax on internet purchases. The Marketplace Fairness Act of 2013 passed the Senate in May with bipartisan support and House bills are now under consideration to achieve the same goals, which are to level the playing field between online retailers and brick-and-mortar competitors and more effectively enforce existing sales tax revenue collection laws.

House Judiciary Committee chairman, Bob Goodlatte, recently released a list of principles that should form the basis of the House bill, which is also expected to enjoy bipartisan support.

The question of taxation of online sales stems back to 1992, nearly a decade before ecommerce really began to take off, when the US Supreme Court ruled that retailers did not have to collect and remit local sales taxes unless they have a substantial connection (“nexus”), such as a physical presence, to the state where the customer lives. Where there was no “nexus” and sellers did not collect the tax, the Court ruling left it up to customers to pay the taxes owed in the form of “use” taxes, but most consumers don’t understand that obligation, and very few bother to comply. This created a loophole for the upcoming world of ecommerce.

One of the reasons cited for the 1992 Supreme Court decision was that merchants who sell out of state would potentially have to comply with the tax rules of over 10,000 tax jurisdictions to correctly collect and remit sales taxes. The Court noted that this would be an “undue” burden to place on businesses, that it would too complex and onerous to require a company to track and manage this massive body of rules.

Organizations that oppose the Marketplace Fairness Act and similar legislation cite this same argument today, particularly when it comes to small businesses: They claim that it is unreasonable to expect small retailers – mom-and-pop ecommerce shops – to comply with thousands of tax jurisdictions. They reference those very large online retailers with operations in multiple states that do invest hundreds of thousands of dollars in staff and systems to manage revenue collection and reporting.

But this argument is based on outdated technologies and ignores key developments that have occurred since the 1992 Supreme Court ruling. Technology is now much more advanced and accessible. Affordable software is available that can handle complex tax calculation and collection compliance tasks automatically, without slowing down transactions.

Opponents of closing the online sales tax collection loophole also complain that it’s unfair to expect mom-and-pop ecommerce operations to deploy and maintain the sophisticated software necessary to comply – that they lack the technical sophistication to manage this task. But this ignores the fact that online sales businesses – even small ones – are technologically savvy.

After all, they’re able to create an online store, attract customers on the web, complete online sales, collect complex shipping information, collect and process online credit card payments and much more. The sales tax solutions available for these retailers require only a fraction of the know-how needed to perform these tasks. And depending on their size and transaction volume, small online retail shops can get a plug-and-play solution for under $30 a month.

While closing the online sales tax loophole would represent an additional expense, for the vast majority of online operators, the cost would be nominal, and implementation and ongoing maintenance burdens would be practically non-existent. There are affordable options on the market now that automatically calculate, collect and file taxes. In fact, automating the process has been found to save merchants a significant amount by helping them avoid the fees and penalties they’d have to pay if they forget to file returns.

The internet began to have a significant influence on culture in the mid-90s, but until 2001, its effect on commerce was much more limited: Websites served mainly as electronic marketing brochures until the infrastructure to support secure payments was developed. Since then, online retailers have enjoyed huge advantages over their brick-and-mortar counterparts – low overhead and access to a global market of potential buyers being the largest competitive edge.

Enacting legislation like the Marketplace Fairness Act won’t take those advantages away – online merchants will still enjoy lower overhead and greater market exposure. And thanks to sophisticated, easy-to-use and affordable compliance software, if legislation such as the Marketplace Fairness Act passes, complying with local tax collection rules won’t prove an undue burden for mom-and-pop ecommerce shops either.

Jonathan Barsade is the CEO of Exactor.