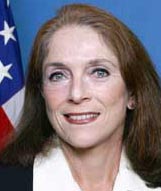 What does it mean to you to be named Chairman of the PRC?

I am honored and humbled to have been selected by the President. I look forward to serving the American people, fulfilling the Commission’s role under the law and helping to steward the Postal Service through the current troubles toward a brighter future.

It’s been a difficult past few years, with prodigious rate increases–especially for catalogers. What in your opinion needs to happen to relieve some tension among mailers concerned about major postal rate increases?

The rate increases were reflective of the underlying cost coverages. Unfortunately, prices for some products, like standard mail flats such as catalogs, did not cover their fair share of costs, resulting in higher increases under the last fully litigated rate case.

Since the passage of the PAEA, this problem has been mitigated. Catalogers have received rate increases that are less than the Consumer Price Index cap and, on average, they are smaller increases than those for other mail in the Standard Mail class.

As the Postal Service is able to reduce the costs for these products further, it could allow these lower rate increases to continue and further reduce the tension you speak of. For example, the new flat sequencing system (FSS) promises to bring increased efficiency to flat sorting much as previous automation did for letter mail. This should help address this problem over time by lowering handling costs associated with flats.

What goals do you have for your time as chair of the PRC?

I would like to help carry out the objectives of the PAEA by providing regulatory oversight to ensure service quality in light of the Postal Service’s pricing flexibility. I also want to help the U.S. Postal Service to remain a vital and productive American institution that provides affordable, high-quality universal service for every household and business across the nation. The work that has been accomplished so far in implementing the PAEA will help me to run the Commission effectively.

The Commission should support innovation and new growth activities by the Postal Service that are consistent with the Postal Accountability and Enhancement Act. This may include encouraging the Postal Service to develop new rate classification structures suited to the modern mail-processing environment, or to seek stronger partnerships with other government agencies.

Ultimately, the Commission must ensure that universal service and customer service, not only for business mailers but also for retail customers, are maintained at satisfactory levels and do not deteriorate as the Postal Service pursues its aggressive cost-cutting efforts.

What would you say to catalogers out there who have either drastically reduced their circulation, or are considering downsizing due to the current economic climate?

All across the postal sector and in the delivery and transportation services industries we are seeing the effects of a very weak economy. Everyone is cutting back and downsizing in response to a collapse in demand. During this downturn, the effects of electronic substitution, such as use of online bill payment and Internet commerce, are exacerbating this sensitivity to economic conditions.

Yet there is no substitute for delivering packages. And studies continue to show that catalogs are the strongest motivators driving customer sales. I advise that your companies should continue to publish catalogs as integral to their businesses and they should be wary of cutting so much that they lose their customer brand loyalty.

Many people, including myself, enjoy receiving catalogs in the mail and ordering from them, resulting in package shipments. This is not likely to change over the short term.

There have been rumors of an exigent rate case due to the uncertain times. What is your response to this?

While the Postal Service has not put forward an exigent proposal, it is available for them to make such a request. The Postmaster General (John E. Potter) has said it is one of many options.

However, he and the Postal Governors have indicated their reluctance to file because of the ramifications when all companies are struggling and competition is increasing. For its part, should the Commission receive such a proposal, my colleagues and I would gather public input and review the record carefully before arriving at a decision. The Commission is ready and able to fulfill its statutory duties.