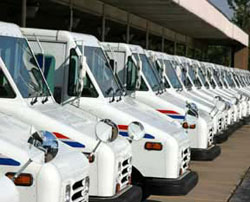 In its appeal, the Postal Service seeks a review of the PRC’s interpretation of the law that governs how prices can be set under “extraordinary and exceptional circumstances.” The USPS claims that the PRC misread the statute and applied an incorrect standard in evaluating the request for an exigent price increase.

Under the Postal Accountability and Enhancement Act of 2006 (PAEA), postal rate hikes are capped at inflation as measured by the Consumer Price Index (CPI). This would mean rate hikes would be capped at an estimated 0.6%. USPS was seeking an average price increase of 5.6% in the exigent rate case. (Standard Mail flats or catalog rates would have gone up 5.1% if the rate case passed.)

An exigent rate adjustment must meet the following three provisions: due to either extraordinary or exceptional circumstances; reasonable, equitable, and necessary under best practices of honest, efficient, and economical management; and necessary to maintain and continue the development of postal services of the kind and quality adapted to the needs of the U.S.

Jerry Cerasale, senior vice president of government affairs for the Direct Marketing Association, says the court ruled that the PRC’s interpretation of the statute is given great weight or deference. “It agreed with the PRC that the statutory requirement for above CPI postage increases due to extraordinary or exceptional circumstances must show a causal relationship of the need for a postage increase and the extraordinary circumstance.”

The court said the statute was vague on the words “due to,” Cerasale says, and it asked the PRC to further explain its interpretation of the term—does it mean solely due to or partially due to?

“The USPS would like it to mean partially due to, so that if its losses are in part caused by an exigent circumstance and in part by non-exigent circumstances, then the USPS could bust the cap with any reasonable postage increase,” Cerasale says.

The “solely due to” interpretation would restrict busting the cap to losses caused only by the extraordinary event, Cerasale says. So catalogers hope the PRC rules losses were due “solely” to extraordinary circumstances so the USPS could not exceed the rate cap.

The PRC agreed with the USPS that the recent severe recession, and the decline in mail volume experienced during the recession, do qualify as an extraordinary or exceptional circumstance under the law. But the PRC found that the requested exigent rate adjustments are not due to the recent recession, or its impact on mail volume.

For its part, the USPS said in a statement it was encouraged by the court’s decision to return the exigent filing to the PRC for further consideration. “While we continue to evaluate the court’s opinion and ruling to understand the full implications and options it presents to the Postal Service, we have renewed confidence that we are entitled to a rate increase under the exigency provision.”

Should catalogers be concerned? “The USPS has said that even if it won, it would not raise postage due to this case,” Cerasale says. “With the recession gone, it is unlikely that there is an extraordinary event lurking to allow USPS to break the cap in a next rate filing.”

So in the short run, he doesn’t see much change for mailers—no matter what the PRC outcome is. But in the longer run, Cerasale says, “a ‘due to in part’ ruling would make it easier for the USPS to break the cap in the future.”