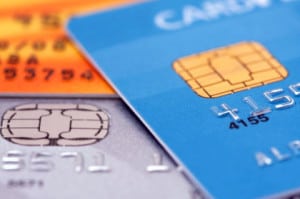 Highly publicized incidents of fraud and hacking at top tier retailers have led the payments industry to seek new initiatives to protect sensitive information. A nationwide mandate to shift toward EMV begins in October 2015, and recent research from the National Retail Federation found that most retailers are unprepared.

With the deadline quickly approaching, retailers should be progressing toward this new payment standard with urgency to avoid the fraud risks associated with falling behind schedule.

EMV (EuroPay, MasterCard, and Visa) is a global standard for debit and credit cards. Sometimes referred to as chip-and-PIN, chip-and-signature, chip-and-choice, or generally as chip technology, EMV cards are embedded with smart chips that hold information similar to a magnetic stripe card but with greater security.

These cards are more difficult to duplicate than a traditional magnetic stripe card because they store information in a decoded form. Instead of swiping these cards, the consumer inserts the card into the POS device where it stays until the transaction is complete. These cards are also dual interface capable and support contactless payments.

Adoption of these cards presents a possible solution to the billions of dollars lost each year due to fraud. Europe, Canada, Asia/Pacific and Latin America have all been using EMV for some time. But the United States is just beginning the transition, despite being the largest user of payment cards in the world.

While EMVCo, the organization responsible for creating secure payment standards, states that 41 percent of card users worldwide have already switched to EMV, they have issued an October 2015 deadline for all U.S. retailers to complete the transition before a shift in liability will be enforced. After the deadline, if a merchant using non-EMV technology accepts transactions made with EMV-compliant cards the merchant assumes liability for any fraudulent activity.

Though the deadline is only eight months away, the NRF found nearly a quarter of the retailers surveyed were not prepared for the transition and many are still weighing their options. Only 12 percent of retailers are currently compliant with EMV technology, although many ATMS have already made the change. Most banks plan to replace traditional magnetic stripe cards with EMV cards when they expire and some countries are looking to ban magnetic stripe cards all together.

While there is a strong push from consumers and banks to make the switch, only 19 percent of retailers feel confident that they will meet the October deadline. Some merchants may be concerned with the expenses that would come from taking the plunge. Javelin Strategy & Research predicts that the switch will cost the United States a total of $8.65 billion dollars. This cost comes from producing new POS devices, ATMs and payment cards. These cards are more expensive to make, but have a longer lifespan than magnetic stripe cards.

However, card companies are offering incentives to make these expenses a little more bearable. Visa introduced the Technology Innovation Program (TIP) that waives an annual PCI-DSS audit if 75 percent of the merchant’s Visa transactions are processed through a dual contactless and contact EMV certified device. MasterCard will soon introduce a similar program in the U.S. called the PCI-DSS Compliance Validation Exemption Program.

With heightened awareness of data security, the EMV Migration Forum predicts that more than 900 million chip cards will be issued within the next two years. To ensure that payment processors and merchants are ready for the EMV transition, companies must undergo various levels of device and software compliance certifications with each card brand to guarantee that chip-based cards and the terminal application interact as expected under regulations and requirements. Payment processors like Worldpay company SecureNet are also redefining the payment gateway, including the APIs, Virtual Terminal, PayOS and mobile applications to support the additional data that is included in chip transaction.

Though the impact of EMV will not be immediate, all retailers and payment processors should be making large strides in preparation for the impending deadline. Failure to transition could result in a significant impact on a merchant’s bottom line that would be well worth the cost to avoid.

Nish Modi is the SVP of product and innovation at Worldpay.