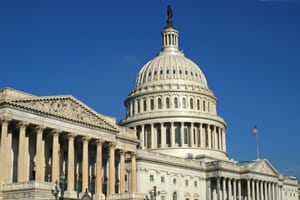 Last week the Senate voted 74 to 20 in favor of proceeding with its debate on the Marketplace Fairness Act and merchants are weighing in on how it would impact their business.

Chris Brenner, vice president of PetSolutions, said in an email “I hope that the final bill will comprise just the main sales tax for each state because trying to collect tax from all different taxing jurisdictions in the country will be an almost impossible task,” said Brenner.

When asked if he anticipated any issues with the passing of the act, Brenner said, it would have a “slightly negative impact on sales.” He also said, “I also anticipate pitfalls in various places in trying to figure out what products are subject to sales tax in each state.”

In 2011, the U.S. Congress introduced the Marketplace Fairness Act to give states the power to enforce sales tax rules on all online sales – even when the purchaser and seller reside in different states.

Cindy Turcot, chief-operating officer of Gardner’s Supply Co., told attendees during the Operations Summit in Columbus, OH they were certainly not ready for the Marketplace Fairness Act.

“It’s a real challenge, depending on which side you are on, but it’s going to happen,” said James Reid, vice-president of distribution operations, for QVC during the Operations Summit.

Shay added; it is fundamentally about fairness and the need for government to end its discriminatory sales tax policy that disadvantages local, community-based retailers in favor of remote and online sellers.

“The Marketplace Fairness Act is a common-sense piece of legislation, which allows states’ to enforce their own sales tax rules on remote sales, protects small business owners and ecommerce entrepreneurs with a robust small business exemption, and finally allows retailers to compete in a free and fair marketplace,” said Shay in the release.

The State of the Catalog is Alive and Well