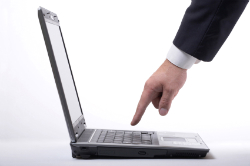 Engagement is a hot term in e-mail-marketing circles right now. Why? Because, according to a slew of experts, marketers who want to continue to get their e-mail delivered are going to have to start getting better at engaging their subscribers — much better.

Sure, the occasional phishing message slips by receiving spam filters and into the inbox, but for the most part, ISPs have got the really bad stuff licked.

So now they’re eyeing up the second tier of the problem. Who are they? Sloppy marketers. ISP administrators are sick of processing garbage from marketers who send irrelevant e-mail to large lists of unengaged recipients.

Besides list hygiene and segmentation, one way marketers can maintain relevance and engagement in their e-mail programs is by using triggered e-mails, or messages sent automatically based on people’s interaction or non-interaction with the program, and other information the marketer may have on the recipient.

A lesson from an educator

Triggered e-mail campaigns can also get fairly robust. For example, Indiana’s Ivy Tech Community College recently implemented a triggered e-mail campaign across its 23 campuses statewide that communicates with prospective students via e-mail, direct mail and phone differently based on how they initiated contact with the college and information they provide about themselves.

The system — called JUMP, (Jackson Ultimate Marketing Platform) by its creators at marketing-services agency The Jackson Group — assigns prospective students a code based on how they first interacted with the college — for example, during a high school visit, online or on campus. Using the code, the system begins an automated lead-nurturing campaign using triggered e-mails, direct mail and phone calls, according to the Jackson Group.

As the student provides more information on educational interests, degree goals and geographic location, the system automatically refines the marketing campaign and tailors messages to the student, the company says.

For one thing, communicating with prospective students based on their ages is particularly important to the college’s efforts, says Kelly Hauflaire, executive director of marketing and media relations for Ivy Tech.

“Younger students in the 18- to 24-year-old demographic relate to certain types of messages,” she says. “They want to know about student life. ‘Are there people there like me? Is this a cool place to go to school?’”

Meanwhile, older adults coming back to school are interested in convenience, flexibility and whether they can get financial aid, she says. About half of Ivy Tech’s students are older than 24 and half are younger, Hauflaire says.

Another key piece of information Ivy Tech collects is the prospective student’s preferred academic program. “Academic program of choice is very important to us because it allows us to tailor specific messages to that individual about program benefits and specifics, such as if they need to do any prerequisite work to get into a certain program,” she says.

As the sole community college in Indiana, Ivy Tech has a “huge” number of inquiries to handle — roughly 100,000 online inquiries per year, says Hauflaire. “This system really allows us to manage them properly,” she adds.

The results of the program? Double-digit growth in enrollment each semester since the system launched in October 2008, for one thing. And Ivy Tech’s enrollments for the spring semester were up 32.9% in January over last year’s spring semester, an all-time record.

“The marketing definitely contributed to that,” says Hauflaire. “How we communicated to our [prospective] students before was all over the board. Each campus handled its own communication so if a student applied to several different campuses, he or she might get different messages. Students were kind of confused because they viewed Ivy Tech as one [institution].”

Ivy Tech is now exploring ways to leverage this system with current students and alumni, she adds.

“Ivy Tech has really implemented what we call the ‘subscribers-rule’ marketing philosophy,” says R.J. Talyor, product-marketing manager for ExactTarget, the e-mail service provider behind Ivy Tech’s messages. “They put the subscribers first by asking them to indicate when they want the next communication. It’s all about personalization.”

Talk to them, not at them

When many marketers think about personalization they think: “Dear [first name],” Talyor says. “Personalization is so much more than subscriber attributes. It’s also about content and timing.”

Talyor also says e-mail marketing in general is moving from talking at subscribers to talking to them.

“It’s moving from a marketing perspective to customer service, and making customers feel that they really have that relationship,” he says. “Because if they don’t, they’re going to start screaming about it on a blog or elsewhere.”

Many multichannel merchants can take simple steps in personalization and be “light years” ahead of their competitors, Talyor says. “There are a lot of folks out there who send the same content to the same people at 9 o’clock every Wednesday,” he says. “Sophistication doesn’t have to be all that complicated.”

For one thing, Talyor recommends changing the thinking around personalization from doing everything at once to implementing one simple thing every month or quarter. He recommends starting with simple triggered messages, even static ones, such as “thank you” messages.

Talyor recommends mapping out the average customer’s lifecycle. While this will be different from merchant to merchant, it applies to business-to-business as well as business-to-consumer marketers. “You’ve got to figure out when you should be talking to customers and when they expect you to be talking to them,” he says.

“Take a guess,” says Talyor. “A lot of marketers want a formula, but there isn’t one. You’re in the business. You know your clients, so take a guess.”