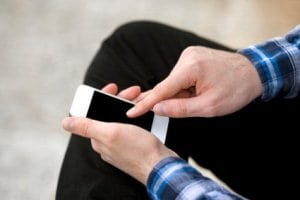 There are two design approaches marketers should consider when designing their mobile inbox, according to an article from ExactTarget.com.  The two approaches are mobile aware and responsible design.

Mobile aware involves simple design improvements.  The approach uses design-only tactics, simple improvements to enhance both the desktop and mobile experience, according to ExactTarget.  The goal here is to create a single, mobile-friendly visual framework that works in all viewing environments.

Some tips for mobile aware layouts include focusing on the single-column layout, placing important content on the left to aid preview panes and viewpoints and using big pictures, headlines and buttons.

Responsive design approach involves delivering a customized mobile experience.  It is a set of techniques used to make the layout readable and usable on any screen or platform.  According to ExactTarget, CSS3 media queries are added to the website or email to detect screen size, then overwrite styles to adjust text size, frame width, image size for more usable experience on a small screen.

The technique is best used to adjust layout for legibility, not content.  The key with responsive design is to avoid creating multiple versions of your email, according to ExactTarget. If the basic framework and content are well-positioned, both the default and alternative view will be highly viable layouts.

According to Multichannel Merchant’s Executive Summary Report on email marketing, more than 20% of merchant’s emails are now being read on smartphones and tablets and for some it’s in excess of 40%.

Since email engagement is typically multifold higher on tablets than on smartphones, merchants will want to focus on making emails tablet-friendly by using larger headlines and deck copy, and then by making calls-to-action easy to tap by avoiding image, button and link crowding, according to Multichannel Merchant’s Executive Summary Report.  Once this is mastered, merchants can move on to the smaller screen and make smartphone friendly changes to their email marketing program.

Many people reading emails on a mobile device are often multitasking, so merchants will want to make their message strong and singular so recipients can act on it.  If the message is complicated, the recipient will deal with it later and never do, according to Multichannel Merchant’s Executive Summary Report.

Merchants will want to think about content as well other than the main message, which merchants are including within the email.  Merchants need to decide what they want to communicate, your bottom line message, and what they want to the recipient to do. Limit the amount of copy, because if the message contains too much, it will not stand out on a small screen, according to the Multichannel Merchant Executive Summary Report.

Compelling your recipient to do something is sometimes the forgotten piece of email design, according to the Multichannel Merchant’s Executive Summary Report.  Examples include “Click Here” “Sign Up” “Buy Now” and “Shop Today.”