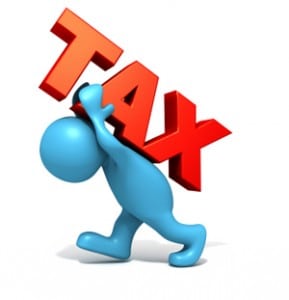 Despite one coalition’s concerns that the Marketplace Fairness Act will put small direct-to-customer merchants out of business, at least one industry expert claims the impact on those merchants is over exaggerated.

Ernie Schell, director of Marketing Systems Analysis, wrote in an email to Multichannel Merchant that the True Simplification of Taxation, also known as TruST, is “making this more complex than it will probably be for most multichannel merchants. ”

However, Schell added that the costs of implementing the MFA will not be trivial.

“But a shooting-in-the-dark guess is that most merchants will end up spending less than half of TruST’s dollar figures,” Schell said.

Schell is referring to an executive summary commissioned by TruST and released Sept. 25 which debunks several myths of the actual cost of the MFA. TruST is led by the American Catalog Mailers Association, Direct Marketing Association, the Electronic Retailing Association, and NetChoice.

In the report, which was co-authored by industry consultants Larry Kavanagh and Al Bessin, the two men state that they believe that mid-market online and catalog retailers, who earn between $5 million and $50 million in annual sales, could end up spending anywhere between $80,000 to $290,000 in setup and integration costs for “free software” that would help businesses comply with the new act if it were to pass.

According to the study, every year after installation of the software, retailers could expect to spend anywhere between $57,500 to $260,000 on maintenance, updates, audits, and service fees by those software providers.

McKane Davis, president and co-owner of scrapbook.com, said during a press call with TruST about the report that soon after the MFA was passed in the Senate he looked into the potential cost of such a software for his business and said he became “really concerned, very quickly” after looking at the numbers.

“I discovered that in order to be compliant with the MFA, my business would have to spend about $60,000 in the first year and that was just for the software integration costs,” Davis said.

“That amount of money could be, to be frankly honest, a grave threat to my business,” Davis said. After reaching out to fellow smaller merchants, Davis said he soon found that he was not alone. “Some of [those retailers] have smaller businesses compared to me and their costs exceeded mine.”

Currently the MFA is awaiting action from the House of Representatives, and if passed would exempt internet sellers who earn less than $1 million in sales annually from collecting sales tax from other states.

Kavanagh and Bessin state if the MFA were to pass, each retailer in the participating states would be offered “some kind of a free software solution” to help ease the burden of computing every sales tax. However, both men claim it would be “impossible for retailers to integrate 46 different software schemes with their in-house systems” so the only real option for merchants is to use a certified software provider.

However, Kavanagh and Bessin note, “nothing in the MFA requires CSPs to make their service and software free to retailers, but it is expected that most states will offer compensation to one or more CSPs in order to fulfill their obligation to provide “free” software to retailers,” the study said.

However, according to Schell, while TruST’s breakdown of the upkeep and updating of the software is correct, the actual cost is not. Sales tax companies “are undoubtedly going to want to streamline everything as much as possible for their existing clients and as a competitive advantage in attracting new ones.

“I think the real question is going to be: how likely is it that any given multichannel merchant will have to leave their current sales tax platform and migrate to a new one,” Schell said. “If they do, upfront costs start to approach what TruST suggests, although on-going costs are likely not to be as high as they state.”

If the merchant’s current tax solution provider can migrate them to a national sales tax version, the costs will be considerably less, Schell said.

“Bottom line: if the merchant assumes the major burden for all this, it will be a 5-figure commitment,” Schell said.

So what is the solution to combat high fees in software costs? The answer is all about preparation. Schell wrote, “competitive market forces will drive costs down. So it will definitely have an impact, but one that can be managed effectively with careful planning and thorough shopping around for the right tax processing vendor.”

While many have come out expressing displeasure with the Marketplace Fairness Act, smaller retailers have come out publicly on the need for such an act which could help level the playing field between internet and main street retailers.

The House Judiciary Committee recently issued basic principles pertaining to the issue of Internet sales tax. To develop these principles, the Committee received input directly from taxpayers, industry and trade groups, and representatives of state and local governments. The principles are intended to guide discussion on this issue and spark creative solutions.