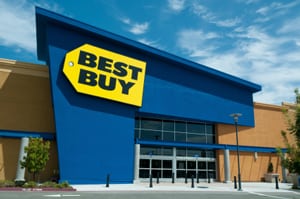 While Best Buy saw its domestic revenue decline by 2.4%, its online revenue increased by 22% or $581 million in the second quarter, the company said in a press release.

It was a good quarter for online sales at Best Buy. The company reported that comparable online sales of $1.57 billion saw an increase of 25.8% over 2012, according to its earnings release.

The competition in price played a major role in the declining 2013 holiday sales results at Best Buy, according to a statement released by the electronics retailer. In the nine week holiday period that ended on Jan. 4, Best Buy reported $11.45 million in revenue, down slightly from the 2012 holiday season of $11.75 million.

Best Buy reported an increase in online sales of 10.5% reaching $477 million for its second quarter which ended Aug. 3, according to a press release.

Best Buy reported a 16% jump in domestic online sales for the first quarter which ended May 4 compared to last year’s first quarter. According to president and CEO Hubert Joly, the company continues to make substantial progress with its Renew Blue priorities, according to a press release on BestBuy.com.

Convenience is continuing as a key driver in loyalty for most customers. With busier schedules and comfort with ecommerce, customers are choosing those brands who provide convenience in the way … Continue Reading →

Best Buy has entered into an agreement to sell 50% of its interest in Best Buy Europe, according to a statement issued by the electronics retailer, back to Carphone Warehouse. 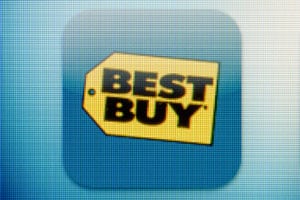 Best Buy Founder Richard Schulze returns to the company as Chairman Emeritus, Best Buy announced this week. This return comes in support of the company’s Renew Blue Transformation efforts, according to Best Buy.