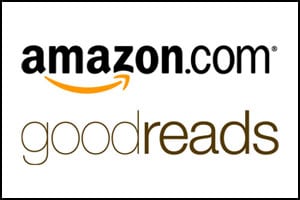 A venture that began in a living room seven years ago between CEO Otis and Elizabeth Chandler which has grown to more than 16 million members today will be joining the Amazon family.  Goodreads, the leading site for book recommendations that help people find and share books reached an agreement with Amazon last week, according to a press release on Amazon.com.

So what does this exactly mean for Goodreads?   Otis Chandler said in a recent statement on the Goodreads application page on Facebook, with the reach and resources of Amazon, Goodreads can introduce more readers to their community of book lovers and create an even better experience for its members.

Goodreads will be brought to e-reader Kindle further reinventing reading.  It will allow Goodreads to be supported by Amazon allowing them to continue growing their vision as an independent entity, under their own brand, according to Chandler.

Russ Grandinetti, Amazon Vice President, for the Kindle Content said in the press release, Goodreads have helped change how people discover and discuss books and with Kindle, Amazon has helped expand reading around the world.  Both Goodreads and Amazon have helped thousands of authors reach a wider audience.

Chandler made it clear in his statement, Goodreads and their team are not going away. They will continue to offer everything members are familiar about the site. This includes the ability to track what is read, discover books, discuss and share books and connecting directly with authors.

Currently when members of Goodreads want to purchase a book off Goodreads, they are able to do so through Barnes & Noble and other online stores including Amazon, according to Goodreads.com.

Goodreads headquarters will remain in San Francisco, Ca. Details of the purchase weren’t revealed according to the press release.