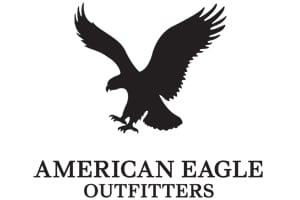 A little over a year since going live with the nation’s first all-waveless picking omnichannel distribution center in Hazle Township, PA, American Eagle Outfitters is continuing to reap the benefits in terms of improved operational efficiency, turning around more orders faster and with reduced manpower.

The facility, designed from the ground up as an omnichannel operation, opened in 2014 but with only direct-to-customer orders processed in waveless fashion. In June of 2015, it switched to all-waveless picking for both channels, as retail operations were transferred from a distribution center outside Pittsburgh. In Hazle Township, a single pool of inventory is shared between channels, and orders are sent to the floor continuously as they arrive instead of being held until a “wave” of orders can be released.

“When we expanded our operations to the east coast 2014 to get closer to the majority of our DTC customers and high-volume retail stores, it made sense to commingle our inventory and make it available for all channels,” said Christine Miller, American Eagle’s director of operations. “That has given us great rewards as we’re no longer playing a guessing game in terms of locating inventory and in what configuration. With it all commingled it becomes a much more fluid process.”

Using Vargo’s Continuous Order Fulfillment Enterprise (COFE) warehouse execution system, American Eagle was able to achieve zero backlog on Cyber Monday in 2015. Also, during the first nine days of the holiday peak season, the company was able to divert 220,000 units of inventory slated for retail to DTC, based on a shift in demand; this represented roughly 15% of the 1.5 million DTC orders. The COFE system and its waveless process is what enabled the flexibility to divert a large chunk of inventory on a dime.

Holiday peak performance has also greatly improved. “In 2014, the first year (Hazle Township) was open and just servicing DTC customers, we processed 900,000 units in six days, as much as was processed in the prior three-months combined,” Miller said. “Last year, we processed 1.5 million units in nine days. The accuracy is very good, which has a lot has to do with our people, not necessarily the system. Generally we’re able to keep up with daily demand or backlog.”

The DC shipped 48 million units in 2015, when it was operating for six months as an omnichannel facility. This year, Miller expects to ship 73 million units.

COFE also gives American Eagle greater flexibility in process orders when there are exceptions or unit damage. At its other distribution center, a full-pallet facility in Ottawa, KS, this can cause a location to be “frozen” for up to an hour, creating an operational logjam. But in Hazle Township’s single-case setup, COFE automatically sends a pick to a different location with the same SKU in it.

This capability is enabled because COFE’s waveless processing makes the Hazle Township facility an “all active” operation, meaning product in every location in the building active for picking. In a traditional scenario, DCs have a reserve location with goods on pallets and a forward pick location that is replenished by the reserves.

“We’re able to turn orders faster with less manpower, all under one roof with a single software system,” Miller said. “We’re working on converting our Ottawa, KN campus into an omnichannel program where inventory is shared in the picking process as it is in Hazle Township.”