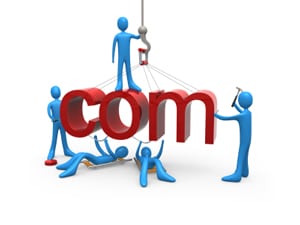 Swapping out your first ecommerce platform and transitioning to a new one can be scary and daunting. So where do you begin?

Corey Anderson, general manager for AvidMax Outfitters, provided some ideas about when to change your ecommerce platform and what to do during his session “Growing Pains: When to Swap Out Your First Ecommerce Platform” at IRCE in Chicago.

“If you want to grow, you have to have automation,” said Anderson.  “The ease of updating data is crucial.”

When thinking about what features you are considering, Anderson said, you should consider whether you want the ability to have a wish list and how much data there will be on your new ecommerce platform.

If you choose to do in-house design on your website, it is a much easier process, but there is a higher cost.  However, if you choose to do it out of house you have less control, he said.  Anderson recommends doing your own research.

“You need to consider how you will transition your links to a new site,” he told attendees.

Three things merchants need to think about when deciding to replatform, according to Johnson, is critical mass, the vetting process, and transition and implementation.

“Too big is usually too expensive,” said Johnson, when thinking about the vetting process of replatforming, “be cool in keeping sales where they are.”

When transitioning, map your plan before you sign on to replatform and have a contingency plan, according to Johnson.