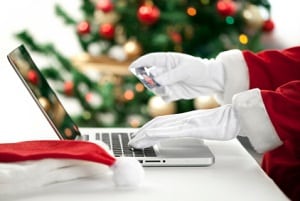 Given the major problems of last-minute shipping delays during the truncated 26-day holiday season in 2013, with customers up in arm about packages arriving after Christmas Day, carriers and merchants have been working overtime in an effort to avoid a repeat in 2014.

Bala Ganesh, retail director for UPS, said the carrier has had “meaningful discussions” with customers about their holiday shipping plans in order to develop an accurate joint forecast of delivery volume during the critical period.

Ganesh said this will help UPS better manage how large accounts impact its network. Some features of the company’s $175 million investment in handling increased holiday capacity include:

•          Facility automation and expansion projects, including several new building and retrofit projects in California and Texas which will come online later this year, providing additional capacity and flexibility.

“UPS is focused on staying ahead of the holiday shipment surge that starts during Cyber Week,” Ganesh said.

“A lot of people blamed the shorter holiday season, but this one is tight too, exactly 28 days,” he said. “People understand the calendar and how negatively it can impact customers. A lot of what happened last year was self-inflicted, with orders not processed in time to get out the door, and shippers not figuring out carriers’ schedule or overcommitting. There’s been a tremendous amount of focus on having better planning this year.”

“They’re saying, let’s go through the numbers together and see how realistic they are, and how to build in contingencies if something spikes,” he said. “In the past they might have said, ‘we have this capacity, we’re good,’ but now they certainly understand how larger customers can overwhelm the system, so it’s in everyone’s best interests to sit down and understand volumes and how to act during the holidays.”

Jerry Hempstead, principal of Hempstead Consulting, said carriers have been in discussions with customers about anticipated Q4 volumes in order to avoid another meltdown. Projections that were underestimated by merchants added to the snafu, along with an intense winter storm in Texas the week before Christmas which severely affected major distribution hubs in the entire Southwest.

“Last year UPS said they were going to hire 55,000 seasonal employees in Q4, based on information from shippers,” Hempstead said. “They ended up hiring 85,000. Nobody expected the surge in ecommerce sales we saw in Q4.”

Even though merchants were told by carriers in 2013 not to promise consumers what they couldn’t deliver, “some of them were doing it anyway,” Hempstead said. “They didn’t change the (marketing) script even when ecommerce volume swelled, telling people if they placed their order by midnight on Dec. 23, it could be delivered on Christmas Eve. I think FedEx and UPS were unfairly treated at the end of last year.”